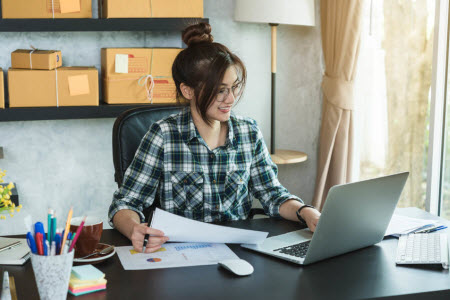 A big question I am always asked by those interested in reselling is what should they sell on eBay, or, really, any site. I have been asked that question probably several thousand times in the past decade alone. It is almost always one of the first questions I get from those new to reselling, and even those who have been selling for a length of time.

The answer to that question is huge and extremely broad, since (these days) almost anything can be sold online without much hassle. However, most of the time, I just recommend they sell what they know, and what they have around the house, first. It is the easiest way to get started reselling.

Starting with what you know is usually the safest bet, at least until you understand how your site of choice works. There is, though, something that has become far more important these days than knowing what to sell, which is knowing what not to sell.

There are many items out there that could get you into some trouble. Selling the wrong item could get your account shut down or a ding on your account, at the very least. Even using a simple word in your title, such as Velcro or Onesie, could cause your account to be hit with what most sellers simply refer to as a VERO, which stands for Verified Rights Program.

If you are unaware of eBay’s VERO program, I would recommend checking it out, and make sure you are not listing or using any business or product names in your listings on eBay. With the VERO program, a business, artist, or other entity can register their products, names, and other aspects with eBay. When a reseller lists one of those items, or uses one of their brand names, eBay can and will remove the listing; eBay usually suspends your account for three days or more. Or, you could get lucky and they may just give you a warning.

Velcro and Onesie are registered trademarks and both entities are part of eBay’s VERO program. I have personally talked to dozens of resellers who have all been punished for using those words in their listing title on eBay. Not all fasteners that look like Velcro are Velcro, so just be careful, and stay out of trouble.

These are two of the most common ones, but there are many more brand names you should never attempt to use or sell. A full list can be found here on eBay.

This program is very similar to Amazon’s category-gating, as most call it, which blocks sellers from being able to list those sorts of items. But, in eBay’s case, they will not stop you from listing the item, but would more than likely penalize you after it goes live.

I did receive a three-day suspension many years back for selling what I assumed was a genuine Channel 14K gold pen and pencil set. I had no idea that it was an un-licensed knockoff produced back in the 1970s.

In that case, eBay did waive the suspension after a lengthy conversation with four different eBay employees, but it was an important lesson learned. I immediately reviewed all of our listings, and the VERO program itself, to make sure I did not have anything else that could earn me a violation.

Selling other items could also put you in legal jeopardy. Items made of Ivory, whale bone, tortoise shell, or even bird feathers could send you to jail if you are caught. Many people are simply unaware of what some items are made of or whether they can legally be sold or not.

A good example would be an old cue ball you may acquire from an estate sale. Most older cue balls are made of ivory, which is something most resellers do not know. Tortoise shell combs, hair clips, and guitars can also be found, which may also be hard to determine if you have not had experience with them.

Still other items simply just won’t sell and would lose you money, such as Disney’s Black Diamond VHS tapes. For far too long, the myth that they can sell for thousands of dollars has hooked many people. I have personally talked with numerous sellers who spent hundreds of dollars on those Black Diamond tapes only to find out they were worth almost nothing.

There are a few Disney video tapes worth some decent money, such as their animated Classic Cars on VHS (routinely sells for $1,000 or more), or the banned version of The Little Mermaid (usually sells for $50 or more), but aside from a handful, most will not be worth more than a few dollars.

Beanie Babies are another one of those items that I stay away from. There are a few that still carry a value, such as some of the error Beanies, but mostly that fad has faded. At one time, all sorts of Beanies were selling for hundreds, if not thousands, of dollars. There are many items that fall into this area as well ,so just be cautious of what you are investing your hard-earned money into, because they may not be worth what you think, as this recent article in Vice demonstrates.

One more area would be recalled or government banned items. Most of the items that fall in these areas are due to safety and environment issues. One that always comes to mind are Lawn Darts, which are basically sharp weighted projectiles that I have personally played with as a child. It was actually a game back in the 1970s. Many people have been hurt by them, and listing one anywhere online will surely get you into some trouble, since they have been banned for decades.

Lastly, do not list anything that is illegal. Hopefully everyone already knows that, but I felt it important to remind everyone, one more time. You should also take into account that something legal in your state may not be legal in another.

If you wish to delve further into items to avoid selling, you may wish to watch “Top 20 Items You Should Never Sell On eBay” on The Auction Professor channel on YouTube.