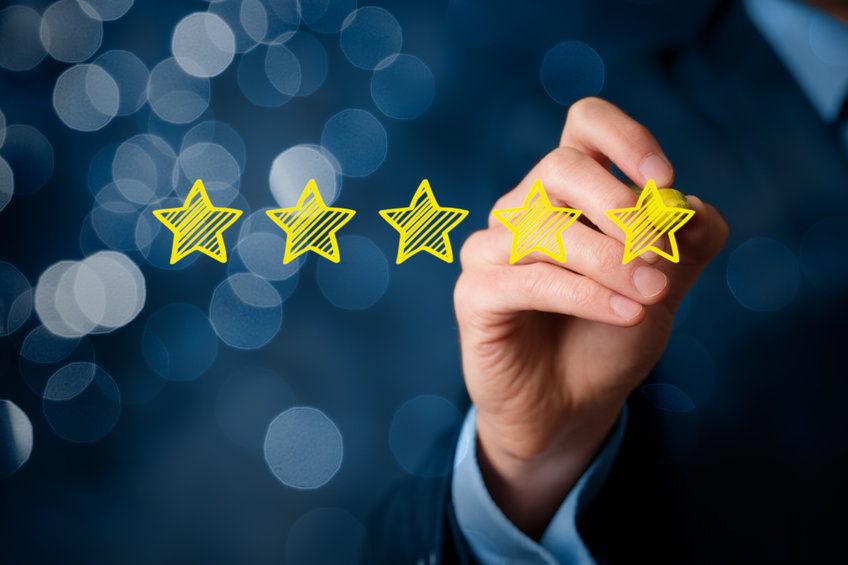 The government is cracking down on fake reviews and deceptive endorsements as it seeks to protect consumers. The FTC wants sellers and advertisers to know that blurring the line between authentic content and advertising can result in steep penalties.

Endorsements and testimonials have become a popular avenue for online sellers to promote their business in the era of social media, but the nation’s top consumer-protection agency is sending a message that it’s on the lookout for false or deceptive content.

In October, the Federal Trade Commission sent letters to more than 700 companies warning them that circulating fake reviews or other forms of misleading endorsements could cost them tens of thousands of dollars in penalties.

The warning comes in response to a social media world that “has blurred the line between authentic content and advertising, leading to an explosion in deceptive endorsements across the marketplace,” the FTC said in announcing the warning letters it sent out, officially known as notices of penalty offenses.

“Fake reviews and other forms of deceptive endorsements cheat consumers and undercut honest businesses,” Samuel Levine, director of the FTC’s Bureau of Consumer Protection, said in a statement. “Advertisers will pay a price if they engage in these deceptive practices.”

The letters don’t necessarily signal that the recipients did anything wrong, but are meant to serve as a warning that the FTC is actively monitoring the space, and also come in response to an April Supreme Court decision that struck down the agency’s preferred method for obtaining civil penalties relating to illegal conduct.

In that ruling, the high court determined that the FTC could not seek monetary penalties in federal court under a section of the FTC Act that the commission had relied on for four decades. The commission is asking Congress to enact legislation reinstating that authority, but in the meantime has revived what’s known as penalty offense authority, under which it can sue rulebreakers in administrative proceedings.

The letters sent to the more than 700 companies about deceptive endorsements were one in a series of such warnings the commission has been sending as it seeks to “resurrect” its penalty offense authority.

It’s also indicative of a more muscular approach to consumer protection at the FTC under Chair Lina Khan, according to Len Gordon, a partner with the law firm Venable who previously served as regional director of the FTC’s Northeast Regional Office in New York City.

“I think that’s really the message the FTC was trying to send,” Gordon said. Khan “has a very, very, very, very ambitious agenda, both on the antitrust side and the consumer-protection side.”

The focus on online endorsements is in many ways a continuation of one of the FTC’s core and longstanding missions. The agency has long sought to stamp out false or deceptive advertising, whether that’s unrealistic claims about a weight-loss program, a misleading use of the word “free,” or failure to disclose when someone was paid to endorse a product.

“Endorsements and testimonials are powerful forms of advertising. They always have been, but they’ve become more so I think with the explosive growth of social media,” Gordon said.

“It’s powerful in some ways because consumers might not understand that it’s paid advertising,” he added. “The FTC is concerned that consumers won’t apply the skepticism of that kind of speech that they might when they see a person on TV saying, “this stuff makes my clothes cleaner.””

Gordon suggests that sellers and other advertisers approach endorsements and testimonials carefully, and err on the side of transparency.

“If people are endorsing your product and they’re getting paid to do that, that needs to be disclosed,” he said.

The guiding principle in endorsements and testimonials, as in other forms of advertising that the FTC polices, is honesty.

“Don’t lie. If the person’s saying they used the product and they didn’t, that’s a problem,” Gordon said. “If they’re making really aggressive claims about product efficacy or are too good to be true, that’s a problem.”

It remains to be seen how aggressive the FTC will be when it comes to cracking down on deceptive endorsements and testimonials. Gordon noted the crowded agenda at the agency, which perennially operates under limited resources.

Still, given the lengths it has gone to publicize the issue, sellers won’t be able to say they weren’t warned. And even if the commission can’t act as aggressively as Chair Khan would like, Venable’s Gordon argued that simply by putting the industry on notice and raising the specter of enforcement actions, she could effectively deter companies from circulating false or deceptive endorsements.

“I think we’re all waiting to see where the rubber hits the road and what actions actually get brought,” Gordon said. “One of the ways she is trying to deter conduct that she doesn’t like is by creating fear and uncertainty.”