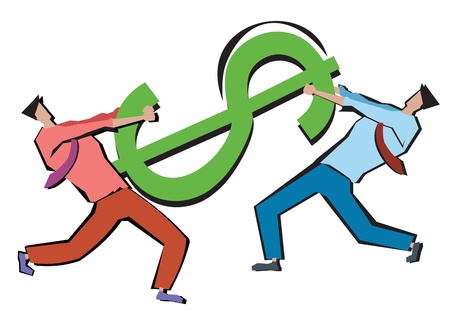 How a hankering for beer turned into an expose on the plight of gig workers.

Former Etsy CEO Chad Dickerson just wanted some beer on a Friday afternoon, but his experience of ordering it online turned into an expose of the plight of gig workers.

The former CEO of the marketplace for vintage and handmade goods ordered some beer on Drizly, a website that promises beer, wine and liquor delivered to your doorstep in under 60 minutes. He included a tip of nearly $20, but when the driver (who actually worked for DoorDash) showed up, he learned the driver had only received a $4 tip.

So where was the missing $16? Dickerson spent Halloween weekend finding out with the help of social media posts. The fact he is who he is got the attention of the platforms, who responded to his tweets.

In an October 31st post on his personal blog, all was revealed – but he knew people would be wondering why he had invested the time in digging into the issue.

“I have a busy life and many better things to do. But I absolutely hate seeing powerless people get screwed and trust being violated.” It was clearly personal – he himself had been a delivery driver for two years at a time in his life when he was having trouble making ends meet, he shared.

Given the experiences of online sellers, some of you might be thinking that the missing $15 was a “glitch” on the part of the Drizly or DoorDash platform, but it appears it was the decision of the merchant not to pass along the full tip to the driver, which is not allowed by DoorDash but is allowed by Drizly, from what we understand from Dickerson’s post.

The problem was due to a “merchant and a cross-platform policy conflict,” but, “What this boils down to is an “honor system” approach.” Most orders are integrated, so usually drivers get the full tip; the Halloween weekend beer order was an “edge case,” Dickerson concluded in his blog post.

While in this case the order was for alcohol, retailers and online merchants are also using platforms that use gig delivery drivers to fulfill orders – and how delivery platforms determine and enforce policies can have an impact on ecommerce. Do you use sites like DoorDash to deliver orders or receive items?