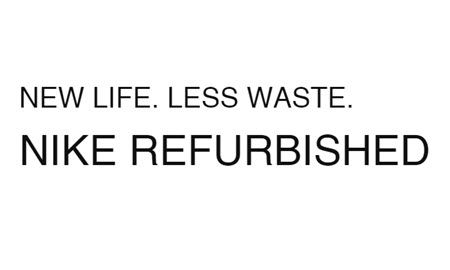 Nike is going to start selling used sneakers, a big gamble that could shake up the resale market. Why buy sneakers in uncertain condition on an online marketplace like eBay or StockX when you can get a pair that has been refurbed and guaranteed by Nike?

Nike announced on Monday it will begin selling refurbished footwear in stores, explaining, “After a shopper returns a pair of shoes to Nike, Nike Refurbished tidies them up and then makes them a great value for Nike shoppers.”

These are the three types of sneakers it will sell under the Nike Refurbished program:

Nike refurbs are covered by a 60-day wear test. “If it’s not what a shopper needs, they can return it,” it explained.

Nike will make the refurbished footwear available at up to 15 US Nike stores and will continue to expand the program to additional US retail destinations throughout 2021 and beyond.

Since the sneakers are only sold in stores, the impact on online marketplaces may not be negative after all – conceivably entrepreneurs who live close to the stores could snap up the shoes and resell them online.

The risk to Nike, which is now headed by former eBay CEO John Donahoe, is that the refurbs could cannibalize in-store sales of new sneakers.

The full announcement is available on the Nike corporate website.

One thought on “Nike to Sell Used Sneakers”