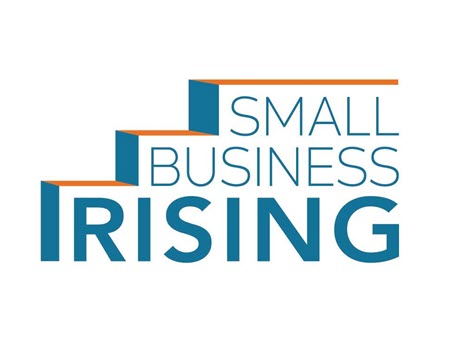 Organizations like National Retail Federation (NRF) and Retail Industry Leaders Association (RILA) advocate for policies that benefit retailers of all sizes, but they may have their biggest members top-of-mind when lobbying Congress.

Big businesses are exceptionally good at working together to lobby lawmakers on issues, and of course individually, many of them contribute to lawmakers’ campaigns.

Small businesses are also joining together to fight against what they see as monopolies that make it harder for them to compete. “Small Business Rising” is a new group consisting of over 20 independent-business organizations – and it called out Amazon by name in a press announcement this week.

As proof of the effectiveness of banding together, the new organization got the attention of the Wall Street Journal in an article titled, “Amazon Is the Target of Small-Business Antitrust Campaign: National coalition of small businesses to push for more-forceful antitrust measures, saying Amazon competes unfairly.” Imagine how difficult it would be for small businesses to get the attention of the financial newspaper on their own.

“Concentrated market power is the single biggest threat facing independent businesses. Every day, we lose more small businesses because of the abusive and anti-competitive tactics of Amazon and other monopolies. This campaign gives America’s entrepreneurs a platform to stand up and call on policymakers to check monopoly power and reinvigorate the antitrust laws.”

The release outlined the organization’s goals as follows:

Small Business Rising is asking policymakers to build an economy that is more prosperous, equitable, and innovative by leveling the playing field. The campaign is calling on policymakers to:

Also quoted was Natasha Amott, owner of kitchen supply store Whisk. “Never before has the lifeline of a small retailer felt so tenuous, especially with Amazon’s growing dominance,” she said. “Let’s make no mistake, it is time for small businesses to unite to make our voices heard and call on policymakers to revive antitrust laws with vigor.”

“Locally owned businesses are the heartbeats of their communities, and ABA is very excited to be a part of this coalition advocating on behalf of independent businesses and their right to compete in a fair market. The pandemic has shed light on just how concentrated our markets are, with companies like Amazon seeing massively increased profits as America’s small businesses fight to survive. ABA believes we are stronger together and is excited to provide our members with this opportunity to connect with other independent businesses as we advocate for breaking up monopoly power.”

Small Business Rising said that by telling their stories, “independent businesses will help policymakers understand how failed antitrust policies are harming their industries and communities, and the urgent need for policymakers to act.”

The Seattle Times article, “Amazon should be broken up, small-merchant coalition says,” noted that an Amazon spokesperson told the Wall Street Journal that their critics were suggesting “misguided interventions in the free market that would kill off independent retailers and punish consumers by forcing small businesses out of popular online stores, raising prices, and reducing consumer choice and convenience.” The company also that Amazon and third-party sellers complemented each other.

You can find the full press announcement on the Main Street Alliance website, which launched in 2008 to “bring small business voices to the health care conversation.”