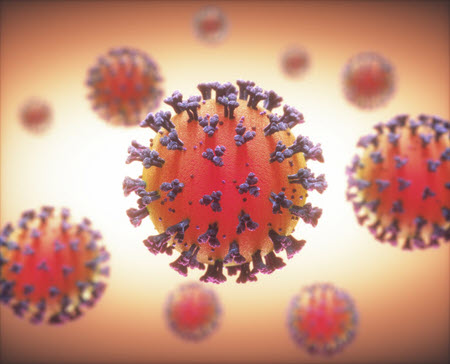 Retailer Union Square Supply, Inc. filed a lawsuit against the city of New York on Friday over its COVID-19 anti price-gouging enforcement practices.

In its civil rights class action lawsuit, the retailer said it is suing over “the creation and maintenance of an illegal and unconstitutional penalty enforcement scheme, abuse of emergency powers, and other misconduct that improperly assesses penalties and fines on businesses without any notice or due process, in violation of New York State and Federal Law,” according to the complaint.

The city itself no longer honors the $3,000 maximum fine limit, according to the complaint, which said fines in excess of $15,000 or more frequently occur – a bit of ironic “fine gouging”?

Law360 wrote about the case on Friday – normally behind a paywall, the article is accessible due to the publisher’s generous policy of providing free access to its coronavirus coverage during the pandemic.

City regulators “failed to account for what prices were before an inspection, cost increases for the merchants themselves, or whether goods were in fact available for purchase,” the publication writes of the complaint’s charges.

“While 6 RCNY § 5-42(b)(1) purports to prevent and/or deter price gouging during an emergency declaration, the Defendants have not and continue not to publish maximum prices.

“Defendants outrageously high fines and penalties serve no public benefit to New Yorkers, when well-intentioned store owners are not given notice of the maximum price limits.

“The conduct, actions, and policy of Defendants is intentional in its violation of the Federal and State Constitution, the due process rights, and right to be free of excessive fines, of the Plaintiff and Class Members.”

Interestingly the complaint alleges that regulators are unfairly using online prices as evidence of price gouging by city retailers:

“Decisions are based upon voluminous “packets” where computer printouts of online products are taken as evidence, even if all of the products shown are clearly shown to be “unavailable” or “out of stock”, and where out of state or national vendors offering delivery by Amazon are considered to compare to Respondents with actual brick and mortar stores in NYC and who are subject to NYC taxes and laws.”

“Defendants have compiled a sale price of covered goods from these online vendors and large nationwide chain stores, the majority, if not all, of which are out of stock, and has created a guideline of what prices are acceptable (See Exhibit 4). These guidelines are not published or provided to Union Square or any of the other parties similarly situated, prior to the summons being issued. Rather these guidelines are revealed on the day of an OATH hearing in a legal ambush.”

The complaint seeks a Temporary Restraining Order. According to the docket, a conference is scheduled for March 23, 2021 at 4 pm.