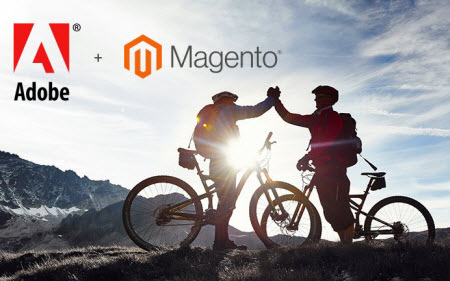 It’s possible that ecommerce platform Magento may have better luck with Amazon than with eBay thanks to a new offering called Magento Commerce branded stores for Amazon sellers.

Magento used to belong to eBay, which acquired the open-source ecommerce platform in 2011 and merged it with what became eBay Enterprise, which eBay jettisoned after its breakup with PayPal in 2015. It’s not the first time eBay acquired a platform to help sellers set up stores to sell independently but failed to fully embrace, starting with ProStores in 2005.

What does it mean for merchants?

Magento Commerce branded stores for Amazon sellers are designed to give sellers a seamless way to grow their business and manage their online presence across Amazon.com and their own storefront. Native integration with Amazon.com merchant tools like Amazon Pay and Fulfillment by Amazon provide the added convenience of secure payments and fast shipping services for shoppers.

That’s a win for Amazon, which at one point offered webstores for merchants.

TechCrunch pointed out a possible future benefit to merchants: possibly expanding Prime beyond the Amazon.com ecosystem.

According to Adobe’s press release:

“Magento Commerce branded stores for Amazon sellers helps deliver a fully operational storefront in record time, as well as access to an ecosystem of over 300,000 Magento developers and over 4,600 commerce extensions on the Magento Marketplace. Native integrations automatically sync product specs and attributes stored in Amazon Marketplace. Amazon.com merchant tools such as payments processing from Amazon Pay, hosting by AWS and more, can eliminate the need for custom development and integration work, saving sellers time and money. With Magento Business Intelligence, merchants can also measure success from the start and take action on data insights.”

An Adobe spokesperson told us that Tuesday’s news follows Adobe’s omnichannel sales on Amazon news, “which removes the barriers to entry for merchants trying to gain a foothold on Amazon by allowing them to quickly integrate their catalog, establish a bi-directional data flow and start managing listings from their Magento admin.”

To be clear, the stores do appear on Amazon as branded storefronts to help business grow and help them manage their online presences across Amazon and their own storefronts, the spokesperson told us – though sellers cannot use them to sell on other marketplaces.

However, Adobe’s spokesperson pointed out that it launched the Google Shopping Ad extension.

You can read the full announcement on the Adobe website.