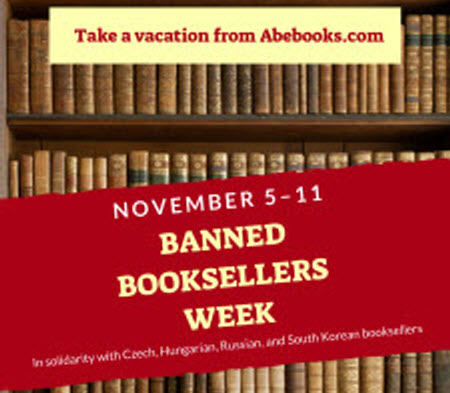 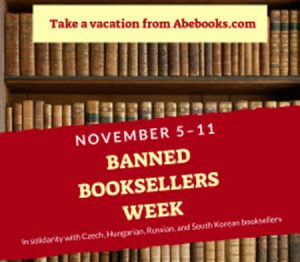 Antiquarian booksellers are boycotting Amazon’s AbeBooks marketplace after it reportedly planned to close its site to sellers from Czech Republic, Hungary, Russia, and South Korea. Eureka Booksellers reports that hundreds of booksellers from many different countries are participating in “Banned Booksellers Week” from November 5 – 11, 2018.

It linked to a spreadsheet that showed as of Monday night, 451 booksellers from 26 countries had removed over 2.5 million books from AbeBooks as part of the strike.

It’s a remarkable feat to get sellers to coordinate in a boycott, as we’ve observed over the nearly 2 decades of reporting on ecommerce.

The stakes are high – Eureka said one of the largest antiquarian booksellers in Prague expects to lay off as many as five employees when their Abebooks account is closed at the end of November.

According to the International League of Antiquarian Booksellers:

“On 18th October 2018, AbeBooks sent an announcement to booksellers based in Hungary, the Czech Republic, South Korea and Russia, informing them that their accounts will be closed by 30thNovember 2018 as a result of the complete withdrawal of AbeBooks from those markets. Very little information and explanation was given to the affected booksellers, who then contacted the international trade body for the rare book trade, the International League of Antiquarian Booksellers, ILAB, asking for support.”

It also reported that the Antiquarian Booksellers’ Association has declined to renew AbeBooks’ sponsorship of its book fair in London.

According to an article on SFgate.com, AbeBooks said it is withdrawing from the four countries because its third-party payment service provider is closing at the end of the year. The article quoted a spokesperson stating, “We regret that we cannot continue to serve all sellers.”

Update 11/8/18: GeekWire published an update to this news story this morning.

Update 11/12/18: Here’s a recap on the AuctionBytes Blog where you can also leave a comment.