The USPS reported the results of its most recent quarter, where it saw more of the same: a decline in letter mail alongside growth in package volume. The Postal Service said there was an urgent need for legislative and regulatory changes in order to attain financial stability.

The President’s task force on postal reform will deliver its recommendations to the White House tomorrow and will brief the President upon his return next week, Government Executive reported yesterday, but the publication said the administration will not make the report immediately available to the public.

That could mean anxious stakeholders will be subjected to provocative snippets tweeted by the President before the full report is published, if recent history holds. On the table is the possible privatization of the Postal Service.

Shipping and Packages revenue increased by $475 million, or 10.2 percent, on volume growth of 102 million pieces, or 7.5 percent. 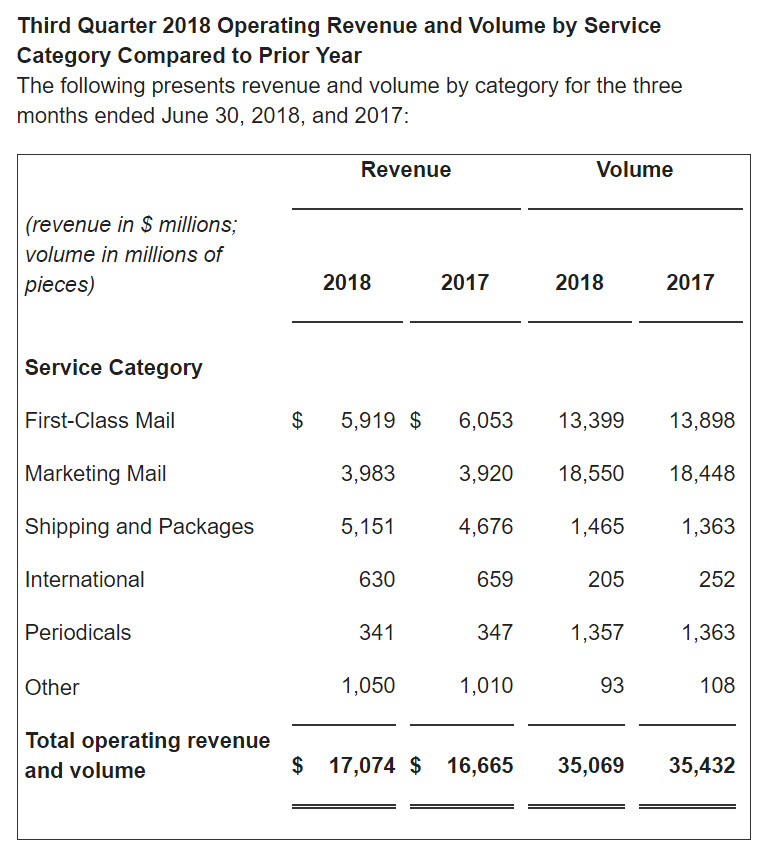 Executives’ Take on the Results
Postmaster General and CEO Megan J. Brennan said, “The root cause of our financial instability is a flawed business model that is imposed by law. We encourage the Congress to engage in a broad public policy discussion and pass postal reform legislation. We support legislation under consideration in the current Congress which would provide immediate flexibility to the organization, allow the Postal Service to invest in our future and continue to provide the prompt, reliable, efficient and universal service the public expects.”

Brennan added that in addition to enactment of postal reform legislation, continued aggressive postal management action and regulatory changes, including a less rigid and more responsive pricing system, are required.

You can read the full financial release on the USPS website.