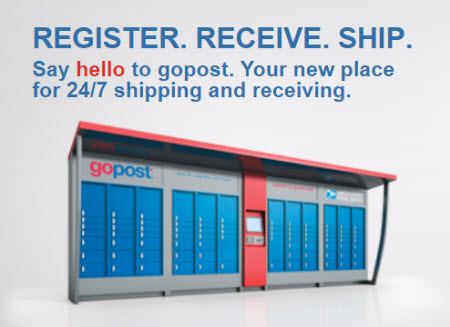 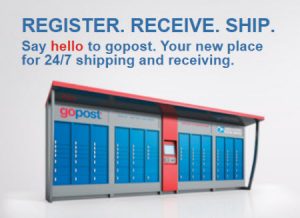 Remember package lockers the USPS began testing in 2011 that allowed shoppers to have packages shipped to them for pickup as an alternative to home delivery? The Postal Service announced this week it’s expanding its “gopost” lockers.

Despite the fact that porch thieves are alive and well, the USPS is only offering gopost lockers in a small number of states. We wrote about the USPS pilot program in January 2012 when they were first being testing in seven locations in Northern Virginia. This week, the USPS revealed it now operates gopost units in New York, New Jersey and Virginia, and it just opened a location in San Francisco in July.

A USPS blog post on Tuesday quoted San Francisco Postmaster Abraham Cooper: “It is all about accessibility, and gopost units are designed for people with on-the-go lifestyles who want convenient accessibility. (This) is a great way to use technology to create a better customer experience for the sender and the receiver.”

The gopost units are part of the Postal Service’s broader efforts to build its package business, according to the blog post, “which is continuing to grow amid the popularity of online shopping. USPS handled 5.7 billion packages last year, up from 3.3 billion packages a decade ago.”

According to the USPS website, there are three locker sizes at each gopost unit to accommodate various size packages:

The USPS didn’t “invent” package lockers, and it has many rivals, including UPS (Access Points) and Amazon, which is now leveraging its Whole Foods Markets grocery store to house even more of them.

Interestingly online sellers didn’t automatically embrace the concept when we wrote about Kinek’s locker service in late 2011, with sellers commenting from both the shippers’ and the recipients’ point of view.

One thought on “USPS Is Adding More Package Pickup Lockers”