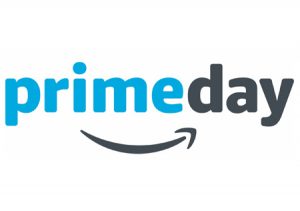 How do you get early access to Amazon Prime Day deals? Ask Alexa. Some shoppers will get early access to Prime Day deals, part of Amazon’s attempt to raise awareness of its Alexa voice technology. Amazon said “voice shoppers” using Alexa will receive access to deals two hours before the general public on the evening of July 10th, and it’s also offering exclusive Alexa deals that kicked off on July 5 and run through July 17th.

“This is going to be the most exciting Prime Day yet for voice shoppers,” said Assaf Ronen, Vice President Voice Shopping. “We have deals on everything from smart home products to devices, chocolates and more starting today and going all the way through July 17th. Prime members have asked, ‘Alexa, what are your deals?’ more than three million times since we launched Alexa deals last year, and we’re thrilled to deliver even better deals this year.”

“Alexa, sign me up for Prime”
Just in time for Prime Day, Alexa device owners who are not yet Prime members can now use their voice to sign up for their first year of Prime membership for just $79, a $20 savings, for a limited time. Customers simply say, “Alexa, sign me up for Prime” using their Amazon Echo, Echo Dot, Echo Show or Amazon Tap. Once the order is confirmed, customers immediately have access to all Prime benefits as well as the ability to participate in Prime Day and the two-hour Alexa exclusive shopping window.

“Voice shopping is an exciting benefit exclusively for Prime members,” said Greg Greeley, Vice President Amazon Prime. “Prime is better with Amazon devices like the Amazon Echo, Echo Dot and Echo Show. And our devices are better with Prime.”

Promotions and Sweepstakes
In addition to Alexa exclusive deals, Prime members can enjoy voice-only promotions. First-time voice shopping customers who buy an Alexa deal on Amazon Echo, Echo Dot, Echo Show, Amazon Tap, Fire TV or compatible Fire tablets between today and July 9th receive a $10 Amazon promo code. Voice shoppers can also ask, “Alexa, what are your deals?” to find out the latest deals and to be entered into a $5,000 sweepstakes. Customers should ask often as deals change frequently.

Voice Order from Tens of Millions of Products
Voice shopping with Alexa allows customers to shop for tens of millions of Prime-eligible items. Available on the Amazon Echo, Echo Dot, Amazon Tap, Echo Show, Amazon Fire HD tablet and Amazon Fire TV, it’s as simple as saying, “Alexa, order [product]” – Alexa will find a well-priced product that ships with Prime. Just say, “yes” to buy it. To shop with Alexa, customers must be Prime members with default payment and shipping information.