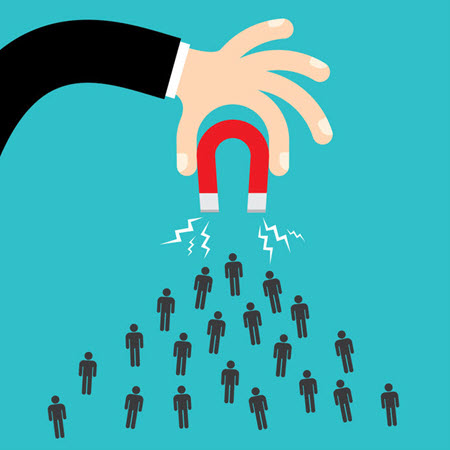 In late March/early April, we surveyed online sellers and asked them if they were satisfied with how online marketplaces attracted buyers to their sites and the most effective ways of doing so.

We conducted the survey in collaboration with eBay resellers Don of “The Auction Professor” YouTube channel and Dom of the “Prime Time Treasure Hunter” YouTube channel, who are both sellers and members of affiliate programs including eBay and Amazon.

Over 300 sellers responded to the survey, and the results are fascinating to anyone who sells on online marketplaces. 47% self-reported as fulltime sellers; 42% were part-time sellers; and 11% were “casual” sellers.

In addition to asking questions, we invited sellers to share their thoughts in the comments section, and this provided color into why they answered questions the way they did.

We asked sellers, “What are the most effective ways online marketplaces can attract buyers?” and asked them to rank the following 5 methods in order.

Which Marketplaces Are Best at Marketing to Attract New Buyers

We provided the names of 6 marketplaces and asked sellers to rank them, asking: “Which online marketplaces do the best job of marketing to attract buyers to their site?”

Amazon was the clear winner, with each of the remaining marketplaces having a slight leader over the others in the following order: Etsy, eBay, Facebook Marketplace, Mercari, and Poshmark.

How Well Marketplaces Use Incentives to Attract Buyers

We provided the names of the same 6 marketplaces and asked sellers to rank them by asking, “Which marketplaces are the most effective at using incentives to attract buyers?”

The results were very similar to the previous question, with Amazon ranking first, with one notable exception. Sellers believed eBay did better than Etsy at using incentives (by more than a little), as the following slide displays:

Finally, we asked sellers, “When it comes to attracting new buyers, is it more effective for marketplaces to focus their ads and marketing on everyday items or luxury goods?

We asked sellers to leave comments related to how online marketplaces attract buyers and how effective those methods were – including where they excelled and what they should be doing.

Social media ads were frequently cited, such as the seller who recommended marketplaces run “repetitive ads that show up on your social media reminding you of the items you have clicked on.”

Another said, “Ads on social media and Google search results have got to the be the most important way to advertise.”

“They should be doing some common sense commercials on TV regarding shopping for anything on their platforms,” one seller said. “There are a zillion commercials for everything else but I’m not seeing TV ads for any of the above listed Marketplaces. TV ads are where I think these Marketplaces ought to be.”

A number of sellers specifically mentioned YouTube and Netflix. “Network TV is going away, but direct video advertising is still a thing,” one seller wrote.

Sellers Want to Know Where Traffic Is Coming From

One seller said in the comments section that it was difficult for sellers to know what was most effective because marketplaces didn’t share details about where traffic and sales are coming from. “On eBay we are mostly blind as to if or where buyers come from. In the past, there were tools to track web sites that sent customers that ordered and paid. eBay ended those tools several years ago. I don’t trust the data eBay shows for promoted listings.”

Sellers pointed out that attracting buyers is important, but what they see when they get to the marketplace is just as important – having what buyers want, in a way that they can find those items, and having a good experience, are all vital. “TV Ads, media blitz, attracting solid sellers with great items and prices,” wrote one respondent.

“Inflation had hit hard, everyone is looking for a bargain, give them one,” said another

“They should be taking on the advertising costs, it is their platform, which they seem to constantly forget,” one respondent wrote. “We basically “rent” space from them so if they want more customers coming there then they should be paying for it.”

“eBay, years ago took away seller discounts to pay for increased advertising, which they should have been providing site advertising any way as a cost of business, then 6 months later cut way back on that advertising,” a seller said. “Nothing more than a way to increase profits at seller’s expense.”

That comment appears to be a reference to eBay’s justification for raising fees in 2017, reported on the EcommerceBytes Blog at the time.

Another seller wrote, “eBay needs to be doing more advertising period. Instead of doing stock buybacks, the money should have been spent on lobbying to not have the $600 threshold. Most online selling sites will see a dramatic drop beginning of next year with less sellers.”

Some sellers commented on eBay’s recent focus on promoting luxury goods. “I sell on eBay. Dismayed that they are pushing luxe items instead of the everyday items and bread & butter collectibles that built the platform.”

Another wrote, “eBay really turned off my customers with their recent announcement to focus on luxury goods. My customers have moved their purchases of everyday goods to other platforms. Disparaging and ignoring your core categories and customers is making for a fast demise.”

Another said Etsy is also guilty of excluding certain categories. “They promote their bottom line, therefore high-end items. I refuse to pay additional money for promotion. I sell on eBay and Etsy and do all right, but do not feel “promoted” by them when their promotions rarely include vintage/antiques.”

“I sell on Etsy and although they do television advertising, none of the ads whether tv, email, etc. apply to what I sell,” one respondent wrote. “There are 1,000s of supply shops that feel under-represented by Etsy’s marketing department.”

“Each marketplace needs an identity that matches the goods sold,” wrote another seller. “Amazon does a good job of being the everything store, but others such as eBay has an identity that no longer fits what it is selling (used versus new products).”

“I feel that they are focused on a small segment of the buyers….when that dries up, then what,” a seller asked. “They need to stay with what made their business in the first place, just like Sears getting rid of the catalog. Companies get big and tend to forget after about 45years what made the company great in the first place…new management gets in there and the who model gets messed with to the detriment of the whole company. Stick to what made you great in the first place. Word of mouth is a very powerful tool. Stay the course and take care of all your customers equally….they are all valued and worth your time. If not, then why are you of value to me the buyer?”

“After this pandemic a lot of people cannot afford luxury items,” said one seller. “I would focus on the everyday and common items people need or want. I for one would not buy a luxury item online at all.”

“I have never seen an ad or commercial for used clothing and jewelry. Someone needs to ramp up the words “used” and “vintage” to show how beautiful pre-owned items can be,” said another seller.

There were several references to delivery vehicles sporting Amazon logos as being an effective marketing method. As it turns out, Amazon recently kicked off an ad campaign using its delivery vans as “mobile billboards,” which we wrote about on the AuctionBytes Blog on Sunday.

Another seller said, “I think for as much as we sellers pay in fees all online marketplaces could do better at offering direct incentives via coupons or multi-item discounts out of their pockets.”

“Commercials and incentives offering deals,” wrote another. “Like Amazon has Prime Day. eBay needs to offer an incentive to get people to the site.”

“I think platforms should be encouraging online influencers through financial incentives to curate their favorite products or categories on their platforms and share those in partnership prize coupon giveaways to followers. Amazon is part way there with their Influencer landing pages, but their restrictions on “qualifying” for a page are EXTREMELY ANNOYING!”

“I’d like to see online marketplaces advertise on game apps,” said one seller. “That seems to be where I spend my free time. LOL!”

“eBay needs to bring back the eBay bucks program,” wrote another respondent. “This was a great small incentive to get the buyer to come back to eBay for the next thing they wanted or needed. They also need to bring back coupons, even small ones, such as a $1 or $2 off $10. They need radio and TV ads, search engine ads, or social media ads emphasizing the great range of items found on eBay, which has always been eBay’s greatest advantage over all other marketplaces including Amazon.”

A note about survey ranking questions: SurveyMonkey weighs the responses in reverse so that a respondent’s most preferred choice (which they ranked as #1) has the largest weight. This is done to ensure that when the data is presented on a chart, it is clear which answer choice is most preferred.

Our survey collaborators will be covering the survey on their YouTube channels – be sure to watch out for their take on the results.

And check out the AuctionBytes Blog for more information about the results around the issue of marketing Luxury Goods vs. Everyday Items.

2 thoughts on “Seller Survey Results: How to Attract Buyers to Online Marketplaces”