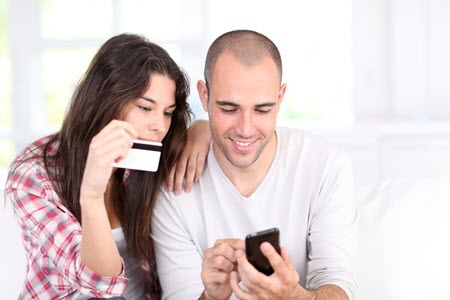 What are online payment services up to? Not just PayPal and Square, but offerings from the likes of Amazon, Google, and Facebook?

Some “tech” companies are acting more like financial institutions – such as banks and credit card companies – offering the ability for users to pay for goods, get loans, and even dip their toes into cryptocurrencies.

A government agency now wants to know what companies like PayPal and Amazon are doing with the data they are collecting from online payment transactions so it can protect consumers.

One area it’s exploring: whether these companies provide “responsive customer service.” (Would readers like to chime in here?)

“The Consumer Financial Protection Bureau (CFPB) issued a series of orders to collect information on the business practices of large technology companies operating payments systems in the United States,” the agency said in a press release on Thursday. “The information will help the CFPB better understand how these firms use personal payments data and manage data access to users so the Bureau can ensure adequate consumer protection.”

It sent initial orders to PayPal, Amazon, Square, Google, Facebook, and Apple and said it would also be studying the payment system practices of Chinese tech giants, including Alipay and WeChat Pay.

The orders compel the companies to provide the CFPB with information about products – and about practices such as data-harvesting and data use and monetization.

“Consumers expect certain assurances when dealing with companies that move their money,” the agency said. “They expect to be protected from fraud and payments made in error, for their data and privacy to be protected and not shared without their consent, to have responsive customer service, and to be treated equally under relevant law.”

You can read a CFPB example order in a PDF file on ConsumerFinance.gov.

The full Statement of CFPB Director Rohit Chopra on this action is available in a separate PDF file on the same website.

Chopra said fair competition was of concern and cited services from big tech companies in China:

“Alipay and WeChat Pay are deeply imbedded into the lives of the Chinese public, combining messaging, e-commerce and payment functionality into super-apps. In such a market, consumers have little choice but to use these apps and little marketpower to shape how their data is used.”

Interestingly the move comes as PayPal is rumored to be interested in acquiring social media firm Pinterest.