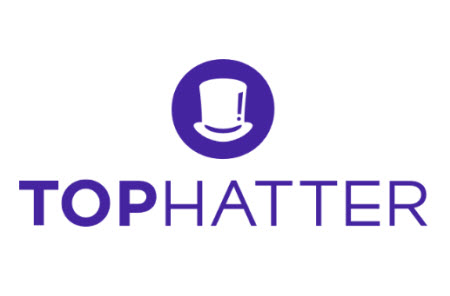 Tophatter operates at the intersection of marketplaces, gaming, and discovery retail, a spokesperson told EcommerceBytes,

“This enhancement has doubled the average number of hours users spend daily on the app, demonstrating the importance of customer engagement as it relates to overall brand and transactional value,” she said.

The marketplace has over 35 million customers worldwide. “Tophatter’s mobile discovery marketplace is selling more than 100,000 items per day that deliver up to 80% discounts off retail prices and nearly every item is sold in less than 90 seconds.”

The following excerpt explains how the new features work:

Users can now earn points by participating in two games: Quests and Treasure Spin. Quests appear as a set of daily and weekly challenges where customers can earn points by completing tasks while shopping, such as viewing products or placing bids. To play Treasure Spin, customers simply spin a digital wheel to earn points, cards, and more. A total of 1.2B points have been earned of which approximately 900M points have been spent in the points economy.

Customers can currently use the points in the online Card Store toward three types of cards that elevate their ecommerce experience or to unlock other features within the app. To date, shoppers have purchased 2.8 million cards. The cards include:

You can find the full announcement on PRNewswire.com.