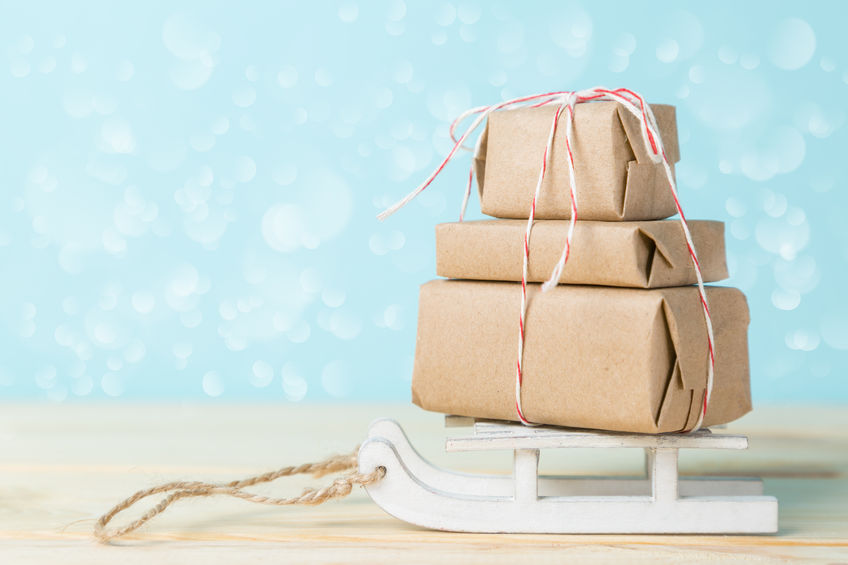 Online sellers are used to ending the year on a high note, with the runup to the holiday season generally accounting for substantial shares of their annual sales.

But what will it look like to cap off such a tumultuous year as 2020, one that has seen no shortage of controversy swirling around the U.S. Postal Service, the shipping provider of choice for many small online sellers?

“The changes that happened at the Postal Service really have had a visible effect on a large number of priority mail shipments,” said Rafael Zimberoff, a longtime industry expert who now works as a shipping consultant for small sellers and others.

Zimberoff is referring to new policies cutting down on employee overtime at the Postal Service and the removal of sorting machines and mailboxes, among others that have come to light since Postmaster General Louis DeJoy took office in June. DeJoy, a major Trump donor, has come under fire from Democrats and voting rights advocates who contend that those service changes are an effort to hobble the Postal Service as it prepares to handle millions more mail-in ballots this year than it has in past election years, owing to the Covid-19 pandemic.

But while much of those concerns have involved regular mail, online sellers who use the Postal Service’s Priority Mail as a mainstay of their shipping operations for small packages have been reporting service delays, as well, which could have major implications for the holiday shopping season.

“That’s part of the frustration of it — Priority has historically been a service that’s been a one to three-day service, and now you very rarely see the ones, and you see a lot of threes, and sometimes fours,” Zimberoff said.

That’s a worrisome trend heading into the holiday crush when surging volumes tend to add roughly an extra day to shipping times, according to Zimberoff.

“History indicates when peak rolls around, the system just slows down, and we really just have to anticipate that,” he said.

But this year’s “peak” could be very different from years past, according to Shoshana Grove, CEO of the shipping services provider International Bridge.

Grove points to what some have dubbed the “sneak peak,” the spike in ecommerce volumes across categories that followed the economic shutdown, when non-essential stores were shut down due to the pandemic and many consumers felt more comfortable shopping online.

“The volumes that we’re seeing and have been seeing in the past few months are more than we’ve seen in any past peak,” Grove said. “So what we’re now looking at is, what is this peak going to look like?”

That’s the unknown, but particularly with concerns mounting about a second wave in the pandemic, all signs point to a historically busy online shopping season.

That anticipated frenzy suggests that it’s more important than ever for sellers to revisit their shipping operation, including having a plan for stretching capacity beyond what past holidays have demanded.

It’s a good problem to have.

“This is a silver lining for anyone in an unhappy time,” Grove said. “Anyone in ecommerce should be doing extremely well right now.”

She advises sellers to ensure that they are well-provisioned in terms of shipping supplies and to push out items as early as possible, including doing drops in the morning if possible.

“I would always advise people to have plenty of supplies on hand, ship early, etc.,” she said.

Zimberoff offers some more specifics for sellers as they gear up for peak shipping season.

In his consulting experience, he said that he has seen many ecommerce operations where each role tends to be assigned to an individual, so that a shop might only have one designated shipping person — a bad recipe for heading into peak season.

“If in your business shipping is only done by one single person, that needs to change,” he said. “On the shipping side at least, everyone needs to be prepared to wear all the hats.”

He also advises sellers to set up an additional shipping station equipped with a thermal printer and a scale. “You should have at least one additional one all set up and ready to go,” he said.

Zimberoff also recommends that sellers invest ahead of time in a tool that enables them to batch-print labels, if they don’t already have one. “This is your last opportunity to do that before peak, because you don’t want to do it during peak,” Zimberoff said.

Still, the uncertainty around the Postal Service looms large over the upcoming season, and has some sellers questioning whether they should be exploring another default shipping provider. eBay has gone so far as to encourage sellers to consider alternate shipping services in light of the widely reported delays.

The Postal Service has historically been the go-to shipping provider for many small sellers, particularly for the relatively small, lightweight items the agency delivers at a cost and transit time that the commercial carriers haven’t been able to compete with.

But FedEx and especially UPS recently have been looking to make inroads into that market, according to Zimberoff, who suggests that sellers take a second look at commercial services that they might have thought were too expensive for their business.

“The B2C space (business-to-consumer) has evolved a lot,” he said. “UPS is offering some really great rates that in many cases make them the B2C winner for small merchants.”

He has seen many sellers start out with fairly light volumes, run their shipping operations through the Postal Service, but then, without even knowing it, grow to a point where they might qualify for a favorable monthly contract with one of the commercial providers.

“What you really should be doing is rate shopping,” Zimberoff said.

“What seems to have happened is that the private carriers have said, ‘Well hey, we’ll give these amazing rates to our higher-volume customers who are under contract,'” he added. “If a small merchant is currently not under contract with a FedEX or UPS, look at how much their transportation spend is and make a couple phone calls and see if they qualify.”

So even for sellers spending, say, $2,000 a month in transportation costs, he suggests that “it’s worth the time to check in.” The inside-sales teams at the commercial shippers can set up an account very quickly, so it’s not even too late to consider such a move ahead of the holiday season, according to Zimberoff. Sellers should run a quick analysis on their shipping operations ahead of time, so they have a good sense of things like their monthly shipping volume and spending, how much of their volume goes through the Postal Service, and the typical size and weight of their packages.

Small sellers that don’t qualify for a contracted account with the commercial providers might still consider inquiring about discounted rates they might be offering through channel partners such as Stamps.com or ShipStation.

“They are bringing aggressive pricing down market with no volume commitment or contract,” Zimberoff said.

Of course, there is no one-size-fits-all solution, and individual sellers will have to evaluate whether private shipping makes sense for their business. Any number of factors can be determinative there, and neither Zimberoff nor Grove is dismissive of the Postal Service.

Grove, who spent decades in a variety of roles at the Postal Service and then did a stint at the agency’s regulator before joining International Bridge, is bullish about the Postal Service’s capacity to handle holiday volumes. Anecdotally, she reports that an executive at her firm recently purchased 12 items from 12 different eBay sellers on the same day, with each arriving on time via Priority Mail.

But her firm also runs detailed analytics to track USPS shipments, and, while bottlenecks on certain days and in certain geographies emerge, those tend to be the exception.

“We have not personally seen a systemic degradation of service,” Grove said.

As complex as shipping-rate tables and pricing comparisons can be for online sellers, they can’t lose sight of the timeless customer-service aspect of the process. Grove described a recent purchase she made that arrived ahead of the promised delivery date, a pleasant surprise that can only engender loyalty with the customer.

“When you get the item to the buyer quickly,” Grove said, “that tends to be a delightful experience, and they will be more likely to come back.”

(Let us know how realistic USPS holiday shipping deadlines are this year by leaving a comment on the AuctionBytes Blog.)