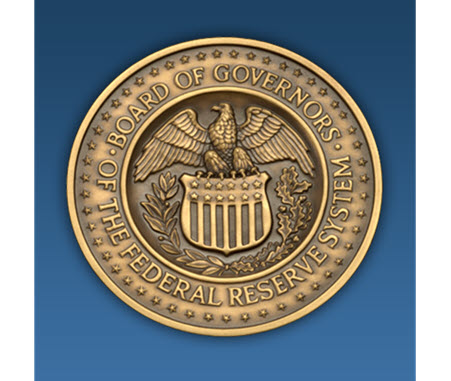 The Federal Reserve Board announced a plan on Monday to develop a new round-the-clock, real-time payment and settlement service to support faster payments, called the FedNow Service. Possible winners: tech companies and small banks; possible losers: big banks, according to the Washington Post.

What Monday’s Announcement Means
Faster payments allow receivers of a payment to use the funds almost instantly. The Federal Reserve explained, “This immediacy differentiates faster payments from traditional retail payment methods, including those that appear to occur within seconds from the sender’s perspective but can take many days before funds become available to the receiver.”

As it explained, payments typically require “clearing” and “settlement” between banks – and the Federal Reserve has historically provided these services. “Clearing” refers to the exchange of information about a payment and can involve additional activities such as fraud screening.” “Settlement” refers to the debiting and crediting of accounts to fund a payment – it provides a universal way for the sender’s bank to settle a payment by moving funds to the receiver’s bank.

The Federal Reserve Board is requesting comment on how the new service might be designed to most effectively support the full set of payment system stakeholders and the functioning of the broader U.S. payment system.

It anticipates the FedNow Service will be available in 2023 or 2024.

Reaction to the News
“The announcement could pit the Fed against some of the country’s biggest banks, including Bank of America and JPMorgan Chase, who have already developed rival technology and fear that Silicon Valley companies could use the Fed system to push their way further into the banking world,” according to the Washington Post.

The Federal Reserve Board on Monday announced that the Federal Reserve Banks will develop a new round-the-clock real-time payment and settlement service, called the FedNow℠ Service, to support faster payments in the United States.

The rapid evolution of technology presents a pivotal opportunity for the Federal Reserve and the payment industry to modernize the nation’s payment system and establish a safe and efficient foundation for the future. The Federal Reserve believes faster payment services, which enable the near-instantaneous transfer of funds day and night, weekend and weekdays, have the potential to become widely used and to yield economic benefits for individuals and businesses by providing them with more flexibility to manage their money and make time-sensitive payments.

Since its founding more than a century ago, the Federal Reserve has provided payment and settlement services, alongside and in cooperation with the private sector, as part of its core function of promoting an accessible, safe, and efficient U.S. payment system. The Federal Reserve has established over its history a broad reach as a provider of payment and settlement services to the more than 10,000 financial institutions across the country. That reach will help the FedNow Service support a nationwide infrastructure on which the financial services industry may develop innovative faster payment services for the benefit of all Americans.

“Everyone deserves the same ability to make and receive payments immediately and securely, and every bank deserves the same opportunity to offer that service to its community,” said Federal Reserve Board Governor Lael Brainard. “FedNow will permit banks of every size in every community across the country to provide real-time payments to their customers.”

The Board is now requesting comment on how the new service might be designed to most effectively support the full set of payment system stakeholders and the functioning of the broader U.S. payment system. The Board anticipates the FedNow Service will be available in 2023 or 2024.

In addition, the Board is announcing its intention to explore the expansion of Fedwire Funds Service and National Settlement Service hours, up to 24x7x365, to facilitate liquidity management in private-sector real-time gross settlement services for faster payments and to support a wide range of payment activities, beyond those related to faster payments.

The Board’s Federal Register notice and a list of frequently asked questions are attached. Comments are requested within 90 days of publication in the Federal Register, which is expected shortly.