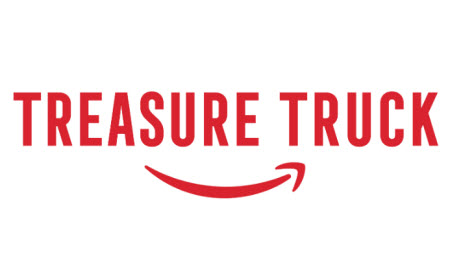 Amazon Treasure Truck program is launching pop-up kiosks in the UK this month, beginning at rail stations across London. Amazon Treasure Truck travels to cities all around the UK several times a month featuring offers and immersive events. Customers sign up to be alerted to the dates and featured products via text.

Amazon Treasure Truck Country Leader Suruchi Saxena Bansal said, “Kiosks are a natural extension of the exciting shopping experience of Amazon’s Treasure Truck. Whether you’re on the way to work or heading home for the day, Amazon customers and passersby will have a fun and convenient way to shop for an amazing deal, get their hands on a trending product or take part in a fun event. Kiosks will help turn an ordinary day into something a bit more special.”

Treasure Truck launched in Amazon’s hometown of Seattle in February 2016 and has since expanded to a further 24 U.S. cities.