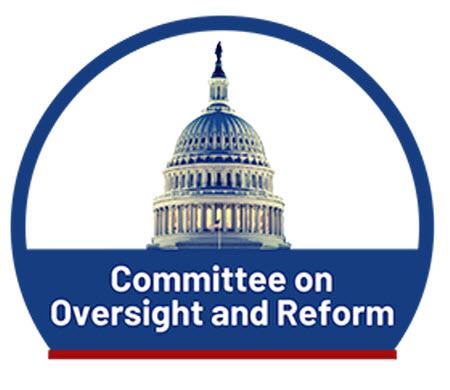 Imagine your surprise if clicking on a government website URL took you to a retailer’s website. What online seller wouldn’t like the idea of driving traffic to their site with help from the government?!

That’s what can happen if you click on a link on the YouTube channel belonging to the House of Representatives Oversight Committee. Clicking on the “Official Website” on the Committee’s YouTube channel About page is supposed to take visitors to democrats.oversight.house.gov, but because there is an apparent problem with the URL structure, in some cases it will redirect you to a retailer called The House through an affiliate link.

Don’t blame the retailer. ISPs (Internet Service Providers) are behind the URL redirects, so it depends on which service provider you use as to whether you get an error message, a list of ads on the ISP website, or get redirected to a third-party website without any say in the matter.

At least Cox is upfront about it. Verizon FIOS calls the practice DNS Assistance and on this page, it doesn’t reveal that it accepts money for redirects – and only mentions the practice of “displaying a page of links to sites that have similar domain names to the one you entered.”

The practice of DNS redirection by ISPs isn’t new – Wikipedia calls it DNS hijacking. But at some point, ISPs took a major leap. No longer satisfied with showing ads on the ISPs’ own pages, they may now redirect their customers to third-party websites that pay for the traffic, directly or through affiliates.

In the interest of bipartisanship, we found that URL hijacking (redirects) also happen on US Senate URLs. Typing republicans.budget.senate.gov (we simply added the word republicans to the URL for the Senate Budget Committee) redirects to Budget.com, the car rental company – again, through an affiliate link.

Keep in mind that you will experience these URL redirects only if your ISP engages in DNS hijacking.

Some readers may be disgusted that ISPs are sending their own customers to ecommerce websites when they enter or click on a problematic URL. But others may be wondering how they can capitalize on the practice and work with ISPs to generate traffic to their online stores.

Enter a UK company called Barefruit, which describes itself as a “market leader in error monetisation.” (British spelling)

“Barefruit generates highly targeted traffic for ISPs by replacing DNS and HTTP errors with relevant advertising. Operating at network level, Barefruit technology enables ISPs to resolve error traffic across the customer base with no capital outlay. The Barefruit service creates previously unavailable inventory of over 100m impressions per month.

“Barefruit is the only error resolution service which uses patented technology to analyse the page at the point of error, in order to determine highly relevant alternative sites for the user. Relevance lies at the core of the Barefruit solution.

“Barefruit is live with over 20m users worldwide, providing an enhanced user experience and generating a new advertising revenue stream for ISPs in ten countries across the globe.”

But sellers should keep in mind that Wikipedia calls DNS redirecting “hijacking” for a reason. It can be disconcerting to click on a link to a site and be taken to a completely different website. People may be more interested in figuring out if the original site got hacked than in shopping on your website.