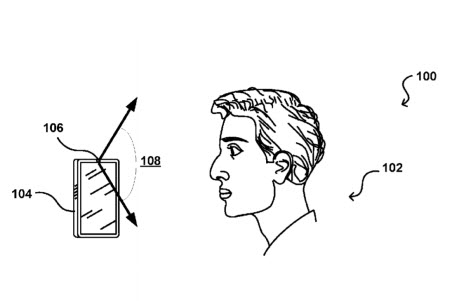 Amazon acknowledged last week that it was experimenting with video authentication after Buzzfeed broke the news the ecommerce giant had been videotaping some sellers’ faces when they were setting up accounts.

An Amazon patent crossed our desk today that shed light on the budding practice.

The benign-sounding patent application “IMAGE ANALYSIS FOR USER AUTHENTICATION” goes into great detail about how a computing device could capture an image of a user through facial recognition technology in such a way that it could reduce the chances it could be spoofed by fraudsters in the future (for instance, if the fraudster held a picture of the authentic user within the view of the camera when attempting to sign in to the victim’s account).

And how much more convenient for users, Amazon said the process would be: no more fumbling with messy passwords – and, it claimed, it could even be fun!

“Such approaches provide for user authentication without the user having to physically interact with a computing device, which can enable a user to access information by looking at a camera, performing a simple gesture such as a smile, or performing another such action.

“Such an authentication can be user friendly, particularly with respect to conventional approaches such as typing and remembering long passwords, and can provide enhanced security because it can be difficult for another person to replicate a user’s face in three dimensions.

“A user can provide authentication while in public without people nearby being able to tell, and even a person discovering a password or stealing the user’s device will not be able to access the information protected by image-based security approaches discussed herein.

“Such an approach also can improve the user experience, as a smile or wink-based approach can be fun for some users.”

That wink and a smile from Amazon may be taken with a grain of salt by some users.

Here’s what Amazon told us last week regarding the reports that it was subjecting some sellers to facial recording: “We always experiment with new ways to verify the information sellers provide us in order to protect our store from bad actors. Seller identification information is securely stored and used only for identify verification.”

You can see what sellers had to say about the practice and leave a comment of your own on the AuctionBytes blog.