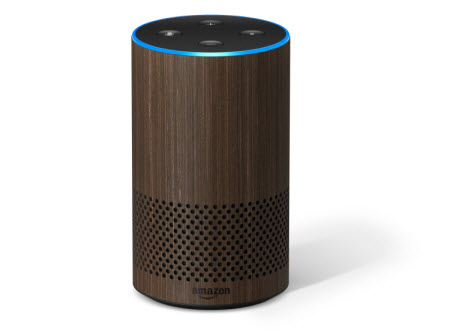 Amazon’s Echo is the leader in smart speakers measured by installed base, which is quite the feat for a company that for so long was known as an online bookseller, not a hardware company. When it had tried to go beyond Kindle readers and launched the Amazon Fire smartphone in 2014, it flopped, as Cnet documented a year later.

Fast forward, and things have changed when it comes to Amazon’s foray into smart devices. Consumer Intelligence Research Partners, LLC (CIRP) studied the market and found the US installed base of smart speaker devices is 66 million units as of December 31, 2018, with Amazon in the lead by a big margin. (Consumer Intelligence Research Partners provides securities research to the investment community.)

CIRP partner and co-founder Josh Lowitz said that while Amazon and Google have broad model lineups, Apple only has a premium-priced device (the HomePod). Apple “likely won’t gain significant share until it offers an entry-level product closer to Echo Dot and Home mini,” he said.

“Amazon and Google have succeeded in selling multiple units to a single household,” said Mike Levin, Partner and Co-Founder of CIRP. “Their strategies appear to include persuading owners to use smart speakers in multiple rooms, which helps create more active usage of the voice platform. And, Google has mostly caught up to Amazon in this strategy. A year ago, almost twice the percentage of Amazon Echo users had multiple units as Google Home users. Now, about one-third of both Amazon Echo and Google Home users have multiple units.”

That multi-room approach helps explain Amazon’s latest acquisition plans – this week, it announced it will acquire eero, which makes products that improve wifi connectivity in the home.

Ultimately, having an edge in smart devices in the home could help Amazon retain its edge in ecommerce, and it could extend its competence to the small-businesses and eventually to the enterprise market.

One thought on “How Did Amazon Become a Leader in Smart Speakers?”