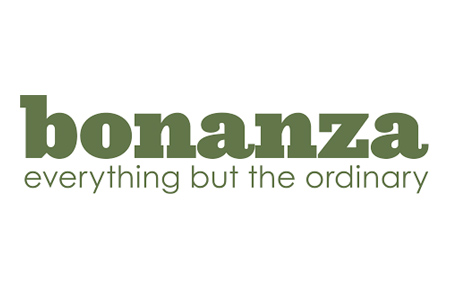 Online marketplace Bonanza is working on a tool for sellers that replaces eBay’s discontinued Turbo Lister, but it’s also diversifying its offerings by leveraging its expertise to create tools for entrepreneurs and software developers. While obviously not on the same scale, it’s a strategy that its Seattle neighbor Amazon has used with success – think Amazon Web Services, which offers web-hosting services (“the cloud”) for other companies.

Bonanza launched its marketplace in 2008 at the height of seller dissatisfaction with eBay, helping it gain traction. In 2012, it launched a tool for sellers called Background Burner to help sellers clean up their product images, and made it available to all sellers, no matter where they sell online.

In 2016, it launched Static Object, a tool for developers sprung from the pain of scaling the development team for Bonanza.com.

And this year, Bonanza launched another new tool: a productivity app called Amplenote.

How do these new services impact online sellers? We checked in with Bonanza founder and CEO Bill Harding to learn more, and he also discussed initiatives the company is working on for Bonanza.com marketplace sellers.

“When you’re living in the Age of Amazon and competing against companies like Poshmark that raise $150m, you need an unfair advantage to keep pace and deliver a differentiated product to sellers. Static Object lets us keep track of what our development team is working on, Amplenote helps us stay organized in spite of leading complex lives. Both of those benefits feed into what we can get done on Bonanza.”

When we asked if they were ecommerce related, Harding said they were “entrepreneur-related,” especially Amplenote. “”Tools that make entrepreneurs more efficient” is the connective tissue binding the products we offer,” he said.

Harding described the app as “still in pre-beta.” According to the Amplenote website, the app will eventually cost $5.99/month for a basic plan.

“I’m not sure how many Bonanza sellers will eventually decide to use Amplenote – we aren’t planning to push it on them (especially now, when it’s still pre-beta). But among our sellers who are attuned to self-improvement, organization, or maximizing their productivity, I hope Amplenote will help them unlock their own time/energy,” he said.

What does Bonanza’s development of other tools mean for online sellers?

Not much, Harding said. “We’ve been continuously developing “other tools” since 2012, when we started building Background Burner. We’ve found that smaller teams get more done quickly, so we’ve never had a team of 100 developers exclusively dedicated to Bonanza. For the sake of efficiency, I hope we never will. We intend to continue making improvements to Bonanza at the same consistent rate our sellers have enjoyed for years.”

However, Static Object and Amplenote help Bonanza be more efficient, which can benefit sellers, he said. “By building these tools, we allow ourselves to get more done with the same number of people. We take these gains and transfer them into features that our sellers enjoy, like launching Stripe earlier this year, or our ChannelAdvisor integration that’s underway,” Harding said.

In fact, Bonanza-related development remains responsible for 95% of the company’s budget allocation, and new marketplace features are under development.

“We’re very excited to have recently (earlier this week) launched integration with PayPal’s order resolution center,” Harding said. “We think this will be a boon for buyers and sellers to navigate disputed transactions without going back and forth between Bonanza and PayPal. This has been a top request of our buyers for years, and it’s pretty stellar to have PayPal develop a new feature on behalf of Bonanza users.”

Another initiative Harding described: in the first quarter, Bonanza will put the finishing touches on Spark Lister, which he called its replacement for eBay’s discontinued Turbo Lister. He’s hoping it will launch out of beta by January or February.