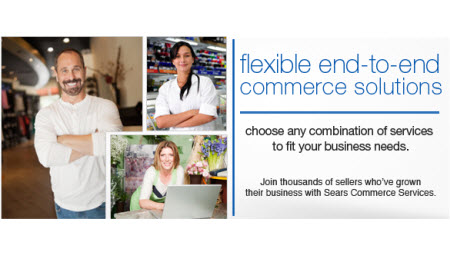 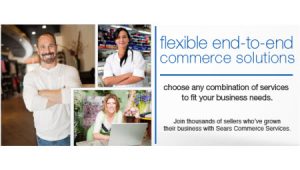 A reader who sells on Sears Marketplace is concerned that the company’s woes has impacted disbursements. Sears filed for bankruptcy on October 15th, but according to Internet Retailer, it sent an email to marketplace sellers (“SHC which includes the Sears Marketplace is business as usual with little impact to our current day-to-day operations”) that included the following information about payouts:

Sears set up the site Restructuring.Searsholdings.com for details about the restructuring.

On the Sears Commerce Services website, it explains its normal payout structure for Marketplace sellers:

How do I get paid?
Payments are transferred into your account between 13-15 days after the order is shipped/invoiced. For example, if you received an order yesterday, but provided tracking information and marked it as “Shipped” in the seller portal today, you would receive a deposit in your account 15 days from today. This information would then appear on the Remittance Report about 2 days later.

The seller who emailed us noted they had not received any funds after October 2nd.

Internet Retailer said 7,000 online retailers list 65 million products for sale on Sears.com’s marketplace, but said according to its 2018 Online Marketplaces Report, Sears was the only marketplace in the top 10 US platforms to see a decline in GMV in 2017.

Interesting factoids about Sears entree into the world of online selling: Sears.com launched in 1996 as an information website. Sears launched its first ecommerce offering the following year with Craftsman Tools. But you might say Sears’ modern history was written in 2005 when Kmart merged with Sears, Roebuck and Co. to become Sears Holdings Corporation.