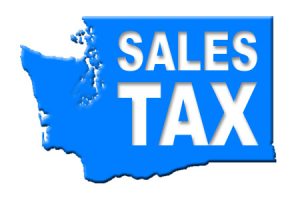 Republican and democratic lawmakers in Congress have introduced a bill that would be a huge relief to small businesses worried about online sales tax obligations in the wake of the Supreme Court case overturning Quill.

Among the provisions: a $10 million exemption for small-business sellers until the states simplify collection.

It would also protect sellers from states who might want to collect sales tax retroactively for any sale prior to June 21, 2018. According to BNA, of the 25 states that have enacted an economic nexus model, only two – South Dakota and Maine – prohibit the state from applying their laws retroactively.”

eBay praised the bill in an announcement on Friday. The company said over one million Americans had signed a petition calling for Congress to pass federal legislation.

But there are critics of the bill, including state legislatures, not surprisingly. One  said the bill should recognize the Streamlined Sales and Use Tax Agreement that has been adopted by more than 20 states, according to The Hill.

You can read the lawmakers’ press release here.

In related news, eBay announced it will begin collecting sales tax on transactions made to buyers located in three states thanks to Marketplace Facilitator laws, as we reported on the EcommerceBytes Blog this morning.