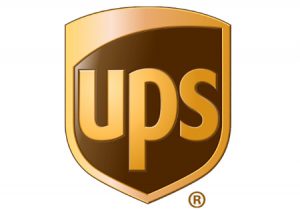 CNN reported the possibility of a labor strike of UPS union workers that could disrupt the economy, estimating that shipments UPS transports equal an estimated 6% of the nation’s GDP (Gross Domestic Product).

For online retail, that’s bad news, as many medium and large merchants use UPS for ecommerce deliveries at a time when they are promising fast and free or inexpensive shipping.

Ecommerce pressure is at the root of the labor issue – UPS is seeking ways to offer Sunday deliveries with cheaper labor than it gives current fulltime drivers.

CNN quoted a union spokesperson who said it’s understood that UPS is no longer going to be a Monday to Saturday service, but said UPS didn’t need concessions from workers given its record profits.

While many small sellers use USPS and may not use UPS at all, they could be impacted since any disruption at UPS could strain USPS as large companies seek alternative shipping methods.

It’s hard to imagine Amazon not being impacted by a UPS labor strike, but it has diversified its logistics and even uses gig workers through the Amazon Flex program – the antithesis of the union worker.

The last labor disruption impacting ecommerce was in 2016 involving Canada Post, when it was evident that eBay Canada felt the impact.

The current labor contract between UPS and the Teamsters expires on August, so while there’s time for the two sides to work things out, it also means the deadline is perilously close to the busy holiday shopping season. Read more on CNN Money.

Update 6/22/18: UPS announced today: “Months of collective bargaining have culminated in a tentative agreement for UPS and the International Brotherhood of Teamsters. The five-year agreement, which is subject to ratification, covers Teamsters-represented UPS employees in small package roles.” The new agreements will go into effect August 1st once ratified by employees. Negotiations continue on agreements with employees in the UPS Freight network.

The Teamsters provided additional details in its announcement.