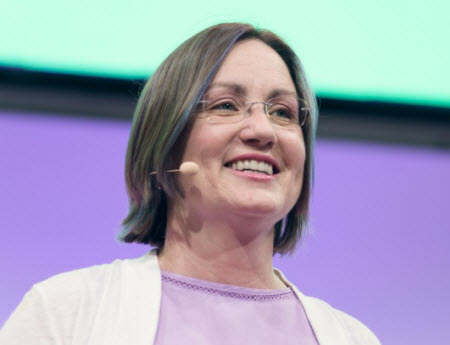 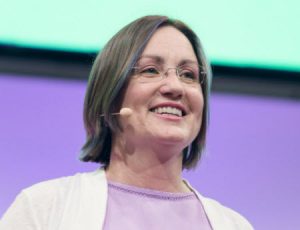 eBay named Gail Frederick the new General Manager of its Portland office, which is an eBay Center of Excellence and an innovation hub specifically for its mobile development and eBay for Charity teams.

Since joining eBay in 2014, Gail has continually aimed to disrupt commerce with fresh ideas to create a more powerful buying and selling experience on our global marketplace.

eBay’s Portland office is an eBay Center of Excellence and an innovation hub specifically for our mobile development and eBay for Charity teams.

“Portland has such a unique and vibrant culture—and I’m excited to continue to foster that here and spread it throughout the rest of the company,” Gail said. “I’m humbled to be leading this incredibly talented and passionate team of innovators in Portland.”

Since joining eBay in 2014, Gail has continually aimed to disrupt commerce with fresh ideas to create a more powerful buying and selling experience on our global marketplace. Gail is also a fierce champion for women in technology and an outspoken advocate for LGBTQ rights.

As the VP of Developer Ecosystem, Gail leads the initiative to broaden the eBay Developers Program, with a revamp to eBay’s API platform, starting with ten new standards-based APIs in 2016 and additional buy and sell APIs in 2017.

Last year, Gail reintroduced eBay’s Developer Conference, eBay Connect, and expanded it globally across the US, Europe and Asia. These events showcase how eBay is leveraging technology to make it easier for our developer ecosystem to create new eBay experiences.

So far in her 20-year software career, she has worked in distributed systems, mobile, open source and Linux.

Gail currently resides in Portland with her wife and 8-year-old twins. She’s an avid knitter and homebrewer, outfitting both hobbies on eBay. Her family actually calls her “the queen of small packages” due to the volume of boxes she receives from her eBay purchases.