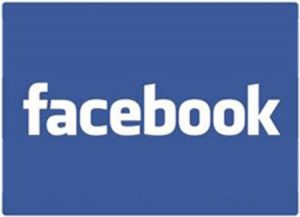 Facebook and its founder Mark Zuckerberg made news for the social network’s privacy practices. Prudent online sellers may be concerned about how potential customers drawn from Facebook perceive their brands.

Research firm Merkle provided some needed context to EcommerceBytes on this and other topics. They recently released their Q1 2018 Digital Marketing Report discussing their analysis of major players like Amazon, Google, and Facebook.

Andy Taylor, Associate Director of Research at Merkle, noted a couple of ways Facebook’s issues could have affect advertising on the network. “The potential impact can come in two forms, either by Facebook itself limiting the types of targeting available or by government bodies instituting regulations which limit targeting capabilities,” he said.

“To the former, Facebook has already announced the elimination of Product Categories for use in targeting Facebook campaigns, and while advertisers will still be allowed to import third-party audiences into Facebook, the onus is now on advertisers to ensure that they have obtained proper consent from the users included in such lists. To the latter, there is still the potential for new regulations, but it will likely take a fair amount of time for anything to take form.”

Facebook has also owned Instagram since 2012. Instagram itself evolved into a platform for advertisers. While most known for product placement in photos of highly photogenic models, Instagram offers a number of ad formats on the site. Merkle found advertisers putting more money into Instagram campaigns.

“Instagram spend has grown meaningfully over the past year for advertisers in a number of product categories and industries, including insurance, travel, finance, home goods and CPG,” said Taylor.

“From our vantage point, we have seen Amazon outperform Google PLAs in terms of click through rate (CTR) and conversion rate (CR) in segments like apparel, home & garden, grocery and health. While the higher CTR and CR may sound very appealing to most sellers, it doesn’t tell the whole story,” said Bowman.

“A key reason why Amazon performs so strongly with those KPIs is because their typical customer tends to be lower in the buying funnel and ready to make a purchase. Whereas Google tends to have customers that are higher up in the buyer funnel and doing more research to find the product they want.”

“Overall, retailers need to look at the total costs/effort associated with selling through both channels to best understand the value and actual ROI,” Bowman said.