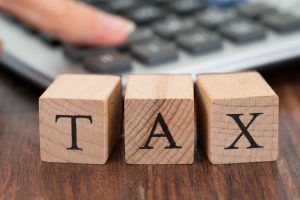 Auctioneering is one of the world’s oldest professions, a national trade association told the Supreme Court in an amicus brief filed this month in South Dakota vs Wayfair, which could result in states being able to force out-of-state sellers – including auctioneers – to collect sales tax from their residents.

Auctioneers face some unique challenges if the “Quill” precedent is overturned, since they don’t own the goods they auction – rather, they typically serve as agents of the seller. “As agents, auctioneers collect and remit sales taxes on the sale of goods sold and delivered in the jurisdiction of the auction,” according to the brief.

So if Quill is overturned, “instead of applying sales tax based on the location of the seller’s assets at each auction, the auction company would be required to look up and calculate sales tax based on where the buyer receives the purchased items,” according to the brief.

A majority of auction companies are small, often family-owned businesses, and the work they do to convert assets to cash is underappreciated, the National Auctioneers Association (NAA) and 38 state auctioneer associations wrote.

“Auctioneers sell billions of dollars of idle assets each year, putting those assets back to work, and providing a valuable service to businesses, governments, individuals, communities, and the larger economy.” Over 94% of NAA’s member companies have twenty or fewer staff members and more than 80% have fewer than ten total employees, it noted.

The cost of compliance for sellers has been disputed in numerous amicus briefs filed in South Dakota vs. Wayfair. The NAA brief said that for auctioneers, the cost would be substantial.

“Basic versions of tax software may be available for low monthly fees, but substantial additional fees apply for “premium” services including support for additional jurisdictions, ready-to-file return preparation, and actual remittance of sales taxes to each taxing authority.” In addition, the associations say auctioneers would face a substantial cost in staff time to integrate the software into existing accounting and payment management systems, “including the staff time required to identify and enter product and purchaser information for the software to work.”

The auctioneers cited another feature of auction sales that make compliance burdensome:

“Unlike a large retailer that sells thousands or perhaps millions of identical products at identical prices, products offered by auction houses are often rare or unique and there is little overlap from auction to auction. All of these variables will make compliance by auctioneers expensive and cumbersome.”

It describes the laborious task of product-mapping – entering products into tax compliance software. Each product must be correctly identified and categorized in the software, otherwise, taxes may be collected on products that are exempt or vice versa.

Each and every sale could turn up items that the auctioneer has never sold before and would have to be researched and entered into the tax-compliance software program.

Opponents of overturning Quill say South Dakota and others make the process of collecting sales tax appear much simpler than it is. In addition to disputing that contention, the NAA brief included a story to highlight how burdensome it could be thanks to the dreaded audit to which tax authorities can subject sellers:

Oral arguments in South Dakota vs. Wayfair are scheduled for tomorrow, April 17, 2018, and as we noted in an earlier story today, the federal government will weigh in on the debate.