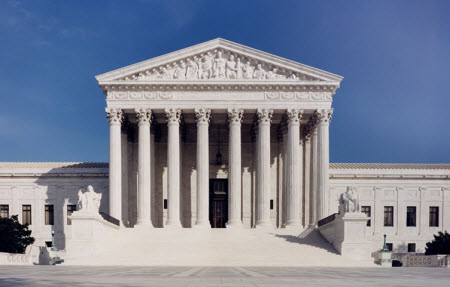 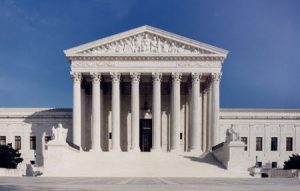 The United States government is siding with (most) states over the sales tax debate and cited the national economy and the states’ “financial stability.” On Friday, the Supreme Court granted the United States Solicitor General permission to speak in Tuesday’s South Dakota vs Wayfair oral argument.

“The United States has a substantial interest in the Court’s resolution of the question presented because the rules that govern in this area will significantly affect the functioning of the national economy and the States’ financial stability. The United States has participated as amicus curiae in past cases concerning the application of the dormant Commerce Clause to state tax laws.”

However, not every state is in favor of overturning Quill vs North Dakota, which would allow states to compel out-of-state merchants to collect sales taxes on purchases made by their residents. New Hampshire filed an amicus brief this month explaining it does not impose a sales tax on retail goods, “and its retail businesses have never had to face the burden and expense of attempting to collect, hold, and account for the sales taxes of different jurisdictions.”

New Hampshire said overturning Quill would harm its sovereign interests by permitting other states to reach across its borders and impose sales tax collection compliance on New Hampshire retail businesses.

Like many in the debate, New Hampshire believes it’s up to Congress to tackle the issue, not the judicial branch. “Congress retains the power to relax this physical-presence requirement in prospective, nuanced ways that this Court cannot.”

However, Congress has for years failed to pass any legislation despite repeated attempts at bills such as the “Marketplace Fairness Act” and the “Remote Transactions Parity Act.”

Each side is allowed 30 minutes to argue before the Court, and the Justices granted Francisco 10 minutes of the petitioner’s allotted argument time. (In this case, South Dakota is the petitioner).