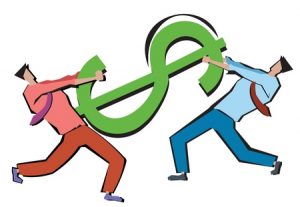 The Supreme Court is giving South Dakota the chance to argue why merchants with no physical presence in the state should have to collect and remit sales tax on transactions made to South Dakotan residents. South Dakota v. Wayfair, Inc, Overstock.com, Inc., and Newegg Inc. would, in effect, overturn the Court’s 1992 decision, Quill Corp. v. North Dakota.

eBay filed an amicus brief in support of the retailers in the case in the case, explaining how the issue of sales-tax collection has a bearing on its own sellers.

“Should the Quill decision be overturned, it will greatly undermine the growth opportunities available to the hundreds of thousands (if not millions) of independent small businesses that sell online and represent a vital segment of the national economy,” eBay stated in a press release.

Currently eBay leaves it to sellers on whether to and where to collect sales tax. Many sellers are casual sellers or micro businesses, and in many cases operate out of their home.

In its brief, eBay said if the court rules in favor of South Dakota, online sellers would face crushing burdens, causing many to curtail operations. “Online sellers would have to (1) themselves master the tax laws of these myriad jurisdictions or (2) purchase expensive tax assistance.”

eBay said overturning Quill would subject online sellers to numerous compliance burdens, including audits in states around the country, litigation for under-collecting tax, and consumer fraud suits for over-collecting.

eBay reinforced its argument by citing the difficulties of determining whether a product is taxable – one example it cited: “When shipping to Texas, deodorant is subject to sales tax at the State rate of 6.25% (plus any local rates); but deodorant with antiperspirant would be exempt.”

eBay also said free or inexpensive software does not solve the compliance problem: “we tried it – and discovered that South Dakota’s free software is no solution at all, making errors and containing omissions that would serve as a trap for unwary or unsophisticated vendors.”

The burdens it described would fall disproportionately on small and microbusinesses, it said, which compose “a particularly valuable, but vulnerable, segment of the economy.”

eBay said “hundreds of thousands of commercial sellers with annual sales that exceeded $10,000 but were less than $1 million” used its platform in 2014, and it said others relied on other sites:

“Additional business owners rely on other platforms (like Etsy) and on social media sites (like Facebook and Instagram) or non-marketplace platforms (like Symphony Commerce, Squarespace, Magento, CommerceHub, Drupal Commerce, and Shopify) to launch and run their small and micro-businesses. So it is certain that there are many hundreds of thousands, and more likely millions, of small businesses operating today in the United States that sell their products and services online.”

eBay then got specific, describing how five of its sellers would be impacted by a change to Quill. One company, 411Marine, has annual net revenues of approximately $60,000, “barely enough to cover the $8,000 (plus innumerable hours and stress) it has cost to respond to an audit in Mr. Bright’s home State of South Carolina.”

eBay said it would cost 411Marine $50,000 to hire an additional employee to ensure compliance with tax rules in jurisdictions across the nation.

You can find eBay’s press release with a link to its amicus brief on this page of its eBayInc.com website.

8 thoughts on “eBay: Sellers Would Face Crushing Burden with Overturn of Quill”