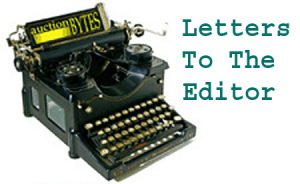 In every issue, readers soundoff about issues important to them. From shipping issues to payment processing, from fees to online marketplace policies, EcommerceBytes Soundoff gives you a chance to air your views.

Dear Ina,
I’ve been on eBay for almost 20 years and this is a first for me and very disturbing. In the last week or so, eBay has been showing me pornographic comics in the “recommended for you carousel”. I’m not using pornographic lightly – the covers feature fully naked females with both upper and lower anatomy fully visible involved in sex acts (including one a certain political figure was rumored to have watched in a Russian hotel room).

I sell part time so I’m on my page multiple times a day. I can’t have my kids or other people seeing these comics on my computer. I have orders to ship. This also shows up on eBay mobile every time I check my listings.

I never searched for these comics, but these comics were listed in the same categories I normally search in – Modern Super Hero comics and Small Press comics. I’m guessing eBay randomly picked these comics out of one of those two main categories. The pornographic comics eBay are showing me must be listed in the mature category – gated behind a 18 year old age verification. I tried everything I could to get rid of them – I cleared my cookies and my internet cache. Didn’t work. I then made a HUGE mistake – I tried to report one as a listing violation for being in the wrong category. Didn’t work, but now eBay has confirmation that I am “interested” in their recommendations.

I called in to eBay customer service and they confirmed that they saw the same thing on my home page. After checking and researching they came back with the answer – we can’t do anything. Search for something else and they will eventually go away. Too bad, so sad.

I did post on the eBay community boards and received some possible help in using ad blockers to try to block the carousel – I’ll be trying this weekend. Ad blockers won’t help my phone though.

I was hoping to get some eyes on the problem so eBay can develop a fix. They need to be in control of their recommendations and be able to remove inappropriate content. eBay is supposed to be family friendly. My home page is certainly not.

Thank you,
Closing My Eyes and Printing Shipping Labels

Dear Ina,
As a (once) successful seller on Etsy, I am FED up. My sales fell off the planet last fall, with no notice until 6 months later when I was told of the Etsy “experiments” done on live shops. I did NOT sign up for this, was NOT given the option to “opt out”, and continued to list and renew, unknowingly. I nearly lost my home.

The site has imploded, as I’m sure you are well aware. The changes, experiments, manipulation of search, stripping of shop branding, hijacking paid advertising links, ignoring sellers, attributes that are ridiculous…..and now the shutting down of forum threads and muting sellers for speaking out…has crossed the line.

This has all been a very abusive, questionably illegal and immoral way for an online site to behave, and they have been getting away with it for years. I, for one, will not go down quietly!!

Sellers are not receiving the services they paid for. It’s time for legal action. I will be the first to be contacting the NY AG, and any other Consumer Protection agency that will listen. Will anything come of it? Maybe not. But if we sit around and do NOTHING, nothing changes. Is Etsy above the law? Personally, I don’t think so. We shall see…
ENOUGHETSY

Dear Ina,
I’m sharing with you an interesting observation, maybe eBay will have an answer for it.

Having an item for sale myself as one of the cheapest on eBay for the following item: Oatey 14209. In addition having over 40 positive feedbacks and also 20+ in stock.

And then when I would do the same google search on this same term: Oatey 14209 I would get back the eBay shopping results but from a seller with a higher price and only 3 in stock (Not better feedback) and under the google results would be 13 reviews which is 3 out of 5 positive,
And when clicking into it I would get to that seller with 5 positive results also 4.5 / 5.

I thought it’s misleading and I think it would be Google’s fault and also eBay’s by not watching the feeds correctly (If that is the issue,)
Thank You.
J.

Visit the Letters to the Editor blog for more letters from readers published recently.

Send *your* letter to the editor by emailing ina@auctionbytes.com with “Letters to the Editor” in the subject line (remember to include your name as you would like it to appear).