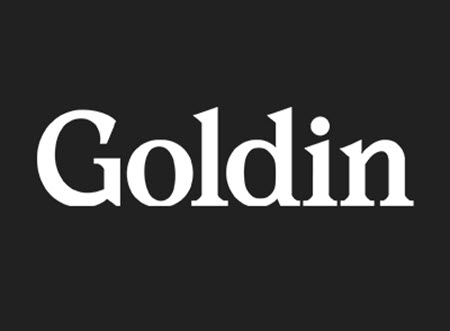 There’s a new marketplace in town that poses a direct challenge to eBay and PWCC. Goldin Auctions launched Goldin Marketplace for buying and selling collectibles, and it’s backed by Steve Cohen, owner of the New York Mets and Collectors Holdings, Inc.

According to its press release on Tuesday, “The new Goldin Marketplace offers buyers and sellers a superior collecting experience by providing access to PSA’s leading authentication and grading services and the Collectors Vault all in one place. The integration of these leading services creates the only true one-stop-shop platform for collectors to research, grade, buy, sell, vault and insure items seamlessly.”

eBay has been fighting desperately to hold on to its lead in certain vertical categories since its former executive Scott Cutler helped StockX take away market share in its sneakers category, and Collectibles has become one of eBay’s “focus” categories.

The owner of eBay’s latest rival is formidable. Bloomberg titled its article, “Steve Cohen-Backed Collectibles Firm Goldin Starts New Platform: The high-end auction house is going more mainstream with a site that aims to take on EBay,” and reported:

In a July 2021 article announcing Goldin Auction’s sale to Collectors Holdings, Sportico.com (via Yahoo News) reported that Nat Turner also held a stake in Alt, a collectibles vault business that poached eBay’s head of Collectibles Nicole Colombo in late 2021. eBay launched its own Collectibles Vault in 2022.

“By using Goldin, sellers can trust that they will be paid promptly as all buyers are vetted ahead of time.

“Buyers can trust that they will get the item they pay for because everything is authenticated and shipped directly from Goldin and PSA’s team of experts. Buyers can also choose to instantly vault their items, keeping them safe, secure and available to be listed for sale immediately and at any time.”

According to FAQs on its website, selling in the “Graded Cards, Comics, Video Games, and VHS” category on Goldin Marketplace incurs a 16.7% fee (“Seller Commission”) for items under $2,499 – with an introductory rate of 8.3%.

In the FAQ “What types of items can I submit to each of the formats,” it states under Marketplace: “Graded and authenticated cards, comics, video games, ticket stubs, coins and other memorabilia valued at $100 or greater. To submit items to the Marketplace, your items must be in the Collectors Vault.”

But Tuesday’s press release states, “items on the Goldin Marketplace will be listed for as little as $5, allowing anyone to list, shop for and buy items any time and at the budget and price range that suits them.”

Sellers should be sure to read all of the FAQs, though we noticed it hadn’t yet updated information about IRS requirements dealing with Form 1099-K (though the $600 threshold it refers to does apply for tax year 2023).

On a Reddit thread discussing the pending launch of Goldin Marketplace recently, some wondered about the impact on rival PWCC, and one poster said grading partnerships were bad for the hobby and catered only to the “investor.”

The CEO of Goldin, Ross Hoffman previously worked at Google, Twitter, and Headspace. He tweeted a thread about the launch on Tuesday, including the following tweets:

“We are setting out to change that by integrating Goldin with PSA, removing friction for collectors by bringing to market the first grade-to-vault-to-sell marketplace for PSA and Goldin customers, while also introducing weekly auctions which will start at $5, closing Thursdays.”

“As we grow our customer base, we will leverage our proprietary data position to build the most personalized, safest and fastest way to buy and sell collectibles.”