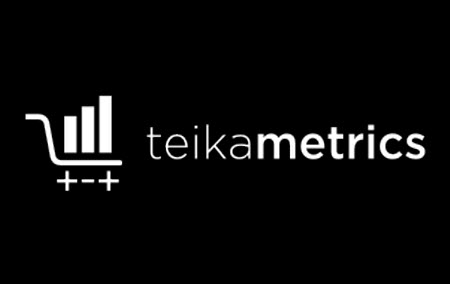 Advertising costs on online marketplaces always increase around the holiday shopping season as merchants vie for shoppers’ eyeballs. This year will be no exception, according to Alasdair McLean-Foreman, CEO and founder of Teikametrics, which optimizes over $8 billion in GMV across thousands of sellers around the world.

Teikametrics recently introduced a new feature that uses Artificial Intelligence (AI) for sellers who advertise on Amazon and Walmart and want to optimize their ads to gain a competitive advantage. Flywheel 2.0 automatically identifies top-performing keywords across the marketplaces on which a merchant sells, then applies them everywhere the seller’s products appear.

We caught up with McLean-Foreman about trends he is seeing and what’s ahead for marketplace advertising.

Is inflation having an impact on merchant ad spend yet?
Teikametrics is seeing very little pull back in the advertising budgets aligned with the consumer demand in certain categories being very strong. If consumer spending on Amazon and Walmart continues to be resilient, we are likely to see ad spend continue to follow a similar trend, McLean-Foreman said.

However, he said, “It’s difficult to predict where macro-level consumer spending (and the economy in general) will be during the later half of the year, but it’s safe to assume economic uncertainty will have some degree of impact on the types of products people buy and how much money consumers spend.”

“Overall,” he added, “as a seller expect to see increased costs and competition and prepare for the possibility of significant shifts in what consumers are purchasing and how much they spend.”

Why are Amazon sellers adding their products to Walmart?
As costs and competition increase on Amazon, Teikametrics said thousands of Amazon sellers have diversified by adding their products to Walmart. “As the second largest and fastest growing marketplace in the US, it makes sense for sellers to put Walmart at the top of their list for diversification,” McLean-Foreman said.

Walmart is continuously investing in its marketplace and advertising platform and, compared to Amazon, there is less competition relative to the numbers of buyers, he said. In addition, Walmart’s brick and mortar presence creates unique opportunities for selling and advertising.

McLean-Foreman said it all comes down to whether investing in Walmart will produce positive results for sellers. “Currently, 95% of Walmart’s ecommerce sellers are reporting profits and top sellers joining Walmart experience over 200% YoY growth.”