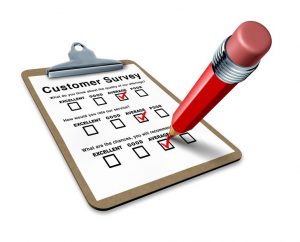 Selling on eBay has become extremely competitive, but is there a level playing field for everyone? And are there tools that can help? We asked eBay resellers what they thought about their ability to obtain visibility on eBay, and the survey results are in.

As usual with seller surveys, we found the comments to be a treasure trove that went beyond the raw numbers to reveal the core issues they face. For example, sellers expressed frustration over the inconsistency of sales they observed. One seller compared their pattern of sales to a faucet – sometimes it’s turned on, sometimes it’s turned off. Without the comments sections, we would not have uncovered these sentiments.

We collaborated with contributing columnist Don Heiden who runs the Auction Professor channel on YouTube for eBay resellers. He came up with the topic and together we crafted the survey questions and invited our respective audiences to participate.

Over 1,000 eBay sellers participated over a 5-day period. Half of the respondents (51%) were fulltime sellers, 39% were part-timers, and 10% were “casual” sellers. A majority of sellers (48%) said they sold primarily “antiques / collectibles / memorabilia” on eBay, and many regularly sold on other platforms in addition to eBay.

In addition to publishing the results on EcommerceBytes, Don will analyze them on his YouTube channel – we’ll provide the exact link when his video goes live. (Update: here’s Don’s take via YouTube.)

There was a surprisingly large number of platforms cited in “Other.”

In addition, many respondents sold on their own website, with some citing their hosting company (BigCommerce, Chrislands, ECWID, Shopify).