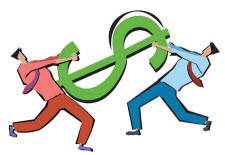 A Nike executive stepped down today after her teen son’s sneaker reselling business caught the media’s attention – particularly his use of his mother’s credit card to purchase his inventory of highly desirable Nike sneakers.

Bloomberg Businessweek profiled the executive’s son in a recent cover story about how he started reselling streetwear in high school and now flips hundreds of thousands of dollars worth of shoes each month.

The executive, Vice President and General Manager of North America, had been with Nike for 25 years and had disclosed relevant information about her son’s business, West Coast Streetwear (WCS LLC), to the company in 2018, Bloomberg reported.

The Portland Business Journal said criticism is mounting about Nike’s ability to police increasingly frenzied resell activity, “which makes it hard for collectors to get the most coveted shoes at retail price and risks souring consumers on the brand.”

Sneakers have become like the Beanie Babies of the 2020s – perhaps it is apt that Nike’s CEO John Donahoe had been the head of eBay for 7 years.

Current eBay executive Harry Temkin frequently speaks about his own son’s sneaker reselling business, but it may give him better insight into the challenges sellers face – as long as his son is not given special treatment over rank-and-file sellers.

The lesson for executives at brands, retailers and marketplaces: make sure your relatives who operate resale businesses are playing by the rules and that you disclose pertinent information to your firms.

3 thoughts on “Do Executives’ Kids Get Edge over Other Resellers?”