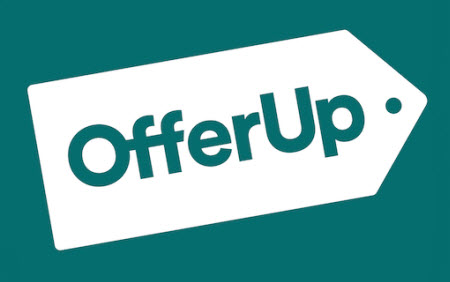 Mobile selling app OfferUp has acquired rival LetGo, the company announced on Wednesday. They will combine the two businesses, and OLX Group, which is LetGo’s majority investor, will own 40% of the combined entity.

It’s unclear if the decision to merge was related in any way to developments at eBay, which is under pressure to sell its global classifieds business unit.

“The combination will create a leading mobile marketplace supporting more than 20 million monthly active users, with complementary product capabilities and a national footprint across the United States.

“The agreement includes a new $120 million investment round led by OLX Group along with existing OfferUp investors, including Andreessen Horowitz and Warburg Pincus, to support continued growth, product innovation, and monetization efforts.”

The combined businesses will be operated by OfferUp, which is headquartered in Bellevue, Washington, and Nick Huzar will stay on as OfferUp CEO and will be Chairman of the Board.

OfferUp said users of both apps will benefit by having access to a larger network of buyers and sellers and from nationwide shipping and advanced trust and safety programs. “The deal leaves the new company well-positioned to tap into a larger share of America’s significant online classifieds sector,” OfferUp said in its press release.

LetGo’s business outside of North America will remain separately owned and operated as part of OLX Group. LetGo cofounder Alec Oxenford will join the Board of OfferUp and will also serve as senior advisor to OLX Group and Prosus.

OLX Group is Prosus’s online classifieds business and operates over 20 consumer brands, including Avito, letgo, and OLX. Prosus is majority-owned by Naspers.

OfferUp simultaneously announced a new $120 million funding round led by the OLX Group/Naspers and existing OfferUp investors, including Andreessen Horowitz and Warburg Pincus.

A spokesperson addressed the elephant in the room: the global coronavirus pandemic, telling EcommerceBytes:

“This may seem like a strange time to announce this or even go through with the deal, but for nearly ten years, OfferUp has strived to maintain a safe, happy, and healthy community — both in-person and online — for buyers and sellers. This news helps OfferUp to continue to innovate and grow, in spite of these challenging times, and continue to deliver on that promise.”

She added that the pandemic was affecting all of OfferUp, their employees, their partners, and their community members, “and will continue to do so for some time.”

The OfferUp spokesperson said the marketplace had actually seen a significant increase in buying activity for products people use at home, as well as an increase in buyers using nationwide shipping. Popular categories for purchases include Video Games, Electronics, Games & Toys, and Appliances.

The deal is subject to regulatory approval. You can find the company’s blog post with details for users on the OfferUp Blog.