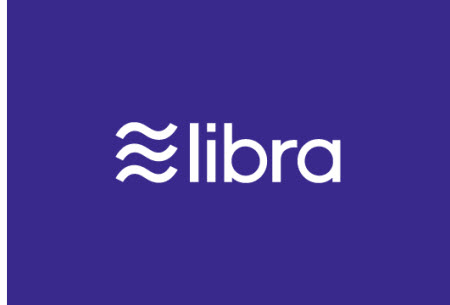 The value of currency is its wide acceptance, and the same is true of virtual currency. That helps explain why so many prominent technology and financial services firms are joining together to launch a new global crypto currency called Libra, including Facebook, PayPal and eBay.

An independent, non-for-profit entity called the Libra Association will govern the new network and currency, which is built on blockchain technology. Other cofounding members include Mastercard, Visa, Stripe, and Coinbase; platforms BookingHoldings, Farfetch, Lyft, Spotify, and Uber; and telecom firm Vodafone Group.

Notably absent: Amazon. We’ve reached out to the company for comment.

PayPal CEO Dan Schulman said it is very early days for Libra, “but we hope to enable developers and businesses to build inclusive and affordable financial service products for people across the economic spectrum.”

It’s an ambitious project and also difficult to explain. Schulman said, “This ecosystem will be enhanced by the Libra Blockchain, a new blockchain that is being built from the ground up to prioritize scalability, security, and reliability, as well as the flexibility required to evolve over time. The Libra Reserve, a reserve of real assets that will back the Libra currency, providing enhanced stability, low inflation, wide global acceptance, and fungibility.”

In its announcement, Facebook focused on how Libra could help the unbanked including those in developing countries and migrants remitting funds to their homeland. But it’s hard to believe philanthropy is its overriding motivation. As the Washington Post wrote in a pre-announcement analysis, “While Facebook barely makes any money from its payments business today – with payments and other fees accounting for less than 2% of last year’s $55.8 billion of revenue – some analysts reckon Libra could change things. Barclays is reportedly predicting $19 billion in additional revenue by 2021 if the tokens gain traction.”

Facebook said its Calibra wallet would become available in its apps (Messenger, WhatsApp and a standalone app) when it launches in 2020.

Up until this point, cryptocurrencies like Bitcoin have a reputation for their potential for aiding criminals due to their anonymity and the difficulty of tracking who buys and sells them.

In its announcement, Facebook wrote, “We’re still early in the process of developing Calibra. Along the way we’ll be consulting with a wide range of experts to make sure we can deliver a product that is safe, private and easy to use for everyone.”

“We’ll also take steps to protect your privacy. Aside from limited cases, Calibra will not share account information or financial data with Facebook or any third party without customer consent. This means Calibra customers’ account information and financial data will not be used to improve ad targeting on the Facebook family of products. The limited cases where this data may be shared reflect our need to keep people safe, comply with the law and provide basic functionality to the people who use Calibra. Calibra will use Facebook data to comply with the law, secure customers’ accounts, mitigate risk and prevent criminal activity. You can read more about our commitments to privacy and consumer protection here.”

Governments have already imposed regulations on online payment processors for anti-laundering and anti-tax evasion purposes, but at this early stage, Libra partners were all about generating excitement rather than dwelling on details about solutions to deal with potential problems.

Bitcoin has avid fans who embrace the privacy the existing crypto currency affords them. They jumped on a Twitter thread started by David Marcus, who is overseeing the project for Facebook (and former president of PayPal), to make known their disdain for a “closed blockchain.”

eBay weighed in today, with Vice President of Global Payment, Billing and Risk Alyssa Cutright providing the following statement, “eBay is committed to supporting emerging technologies that have the potential to expand global ecommerce and make it more affordable for people across the world. In these pioneering days of cryptocurrency and blockchain, we are excited to be at the forefront of development, testing, and learning in our role as a Founding Member of the Libra Association.”