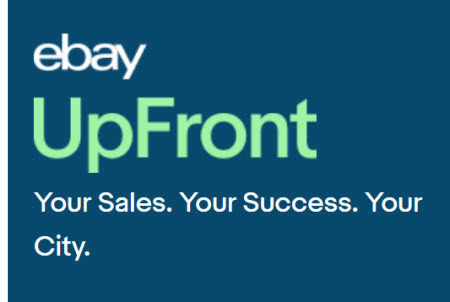 eBay launched a seller program called eBay UpFront, which are 3-hour meetups in select cities where employees meet with sellers and help them network with each other. eBay held the first eBay UpFront meetup in Miami, Florida on March 28th.

Jay Hanson heads eBay Americas and described the event in a post on the eBay corporate blog, explaining that at the Miami event, he told attendees how eBay was building the most powerful marketplace, followed by a live Q&A session with new eBay sellers.

“eBay representatives engaged sellers in roundtable discussions spanning payment options, shipping, seller tools, hard and soft goods and the latest in tech,” he said. “The event concluded with the distribution of giveaways, while sellers mingled over desserts and refreshments.”

eBay will hold three additional meetings this year: in Dallas in April; Los Angeles in May; and in New York in October.

Ever since it canceled its 3-day eBay Live conferences, which ran from 2002 through 2008, eBay has held various smaller meetings with sellers. It ran eBay On Location events from 2010 – 2011, then in 2013 switched to piggybacking on to existing seller meetups. And in July, it will hold its fourth annual eBay Open conference in Las Vegas.