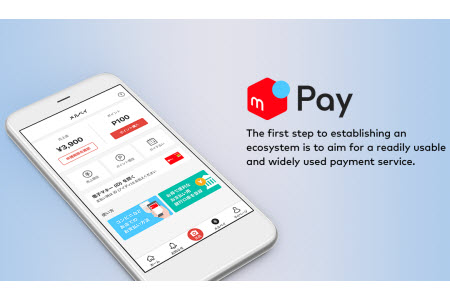 Mercari’s payments subsidiary Merpay has entered into an alliance with another payment service with the goal of promoting a “cashless society,” beginning in Japan.

Mercari Inc. established Merpay Inc. in November 2017 as a fully-owned subsidiary, and in February 2019, it launched Merpay, a mobile payment service that can be used through Mercari, the mobile marketplace app that has been gaining in popularity in the US.

When it launched the mobile payment service Merpay in Japan in February, the company said, “Using the technological know how, vast user base, and foundation of data from the marketplace app Mercari, the company’s goal is not only to provide Merpay as a method of payment, but to create a new form of trust that could be used to provide various other financial services in the future.”

Later this year, Merpay and LINE Pay will allow mutual access to merchants who accept either of the companies’ payment services. According to the announcement:

“By implementing either LINE Pay or Merpay, businesses can expect usage from users of both payment services, and can enjoy the benefits of an increased potential user base at lower installation costs.

“This alliance between two existing payment services with large user bases is expected to bring a more convenient experience to both regular users and merchant stores.”

The companies are looking to expand the alliance, tentatively named “Mobile Payment Alliance.” The expansion of the project to more businesses is expected to “further contribute to the realization of a cashless society.”

Online and mobile payments continue to grow, but it’s hard to imagine a completely cashless society in the US, especially as local selling on Craigslist and Facebook Marketplace is as strong as ever.