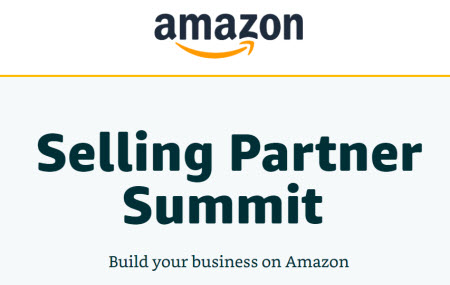 Amazon is kicking off its first Selling Partner Summit tomorrow in Florida, and the company announced today that all six events sold out in just six weeks.

Amazon describes the benefits of attending the conference as follows: “Attendees will learn how to leverage tools and resources to help their business succeed in Amazon’s Stores, prepare for seasonal surges, network with fellow sellers, and get one-to-one help from Amazon’s selling experts.”

It’s not surprising that many sellers would be highly motivated to attend an event where they could talk to Amazon staff face-to-face. Over 1,800 sellers signed up to attend the events being held in 4 cities between March and October.

That’s an average of 300 attendees per meeting, and Amazon probably could have sold many more tickets than 1,800.

Some sellers are likely to see the ticket price of $279 as a bargain if it could result in learning ways to sell more effectively or potentially gaining contact information of an Amazon employee whom they could reach out to for help with current or future problems. In addition, sellers often find it helpful to network with fellow merchants at such events.

3 thoughts on “Why All Six Amazon Seller Summits Sold Out”