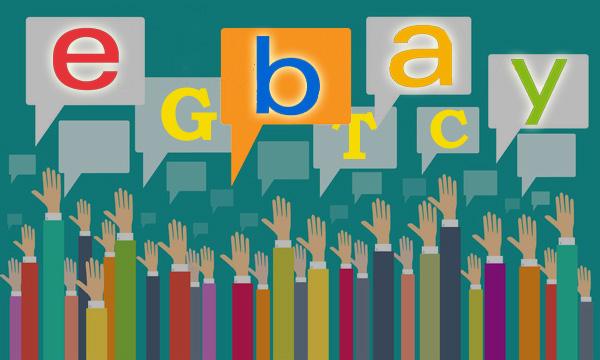 This month, eBay will take away the ability for sellers to set the duration of their fixed-price listings and will impose recurring billing on a 30-day cycle. eBay announced what we refer to as the Good Til Cancelled mandate (GTC) on Tuesday, February 26 as part of the 2019 Early Seller Update.

We conducted a survey of readers between Monday, March 2 and Wednesday, March 6, 2019, to ask sellers how the change would impact them.

Eight percent of respondents said they felt eBay’s policy to change all fixed price listings to Good Til Cancelled was a good change, and 72% said it was a bad change. 16% said it was neutral, and 4% said they didn’t know.

Sellers appeared skeptical of eBay’s motivations in making the change. When we asked, “Do you feel that eBay’s implementation of this policy was based on the wants/needs of their sellers,” an overwhelming majority (88%) said they felt the policy was not based on the wants or needs of sellers. Only 3% felt it was, while 9% didn’t know.

Generally speaking, people don’t like change, and they certainly don’t like having choice taken away from them. But in this case, how did eBay sellers believe change would actually impact their workload and pocketbook? Here’s how sellers responded:

The results show there was more certainty about how the new policy would affect sellers’ workloads, but not in a positive way. As you can see above, nearly 60% felt it would result in more work for them; only 5% said they didn’t know.

Of those who said they would take action, many said they would manually (or with the help of 3rd party tools) cancel GTC each month before the listings would auto-renew. And some said they were turning to alternative venues to sell.

The comments about fees were revealing. Some sellers said they would not feel any effect on fees or workload because they already use GTC – or because they keep well under the number of listings eBay offers them for free. (eBay provides 50 free listings to all sellers, and sellers with Stores get additional free listings depending on their Store level.)

Other sellers said they would cancel their listings before the 30 day auto-renew, but said they’d find themselves paying more if they happened to forget to carry through with that monthly practice.

Here are a few of the comments sellers left about fees:

“eBay has a lot of price listing glitches that try to charge you extra for photo gallery, these will be missed with GTC and millions of sellers will not realize they are losing money.”

“It’s got nothing to do with fees. I run 3-, 5-, 7- and 10-day listings to either create urgency or to fit my schedule, ie., going on vacation so run 7-day listings to end before my trip and still give me time to ship them. If a buyer sees a listing ending soon and they are watching it, they get an email from eBay and most often this reminds them to buy. I don’t want watched listings sitting for 30 days. Buyers lose interest or forget.”

“I sell a small-ish number of items – and many are holiday sensitive. eBay doesn’t boost my items like in bigger seller’s , and so mine will be lost for a month rather than the ten days I typically list for. Watchers won’t feel urgency to buy. There will be a lot of items sitting for a month in carts, and then expiring.”

“It is unclear how this will affect sellers, but we suspect that exposure and sales will decline as a result of it. We strive to have a minimum number of listings staggered throughout every single day so that there are always “new” listings appearing and ending.”

“I always review my listings BEFORE relisting. I make changes in the title, pictures, price, double check inventory, remove listings with little to no views and retire old items. I do not relist right after a listing ends as I need time to decide. I try to keep my listings down to only what free listings come with my store. I no longer will pay for items that eBay chooses to provide little to no visibility on. If eBay decides to give my items better visibility, then, and only then, would I relist more.”

“I will try not to let my listings renew. If I mess up, I will be paying more. I hope that I can stay on top of it. Many of my items are long tail.”

“Will pay less fees because no longer need to additional Store subscription listing for 7 & 10 day listing renewals of popular products.”

eBay said one of the reasons for making all fixed-price listings Good Til Cancelled was to improve Search Engine Optimization (SEO) – in other words, the permanent links would help get eBay listings found in Google. We asked sellers, “Do you believe the new policy will have an impact on SEO that will impact the visibility of your fixed-price listings?” Sellers responded as follows:

Sellers who did have an eBay Store responded as follows:

While one seller wrote in the survey comments, “All of my items are already GTC. I think it’s a big stink about nothing,” the survey results show there is genuine concern from many sellers.

See “Survey: eBay Sellers Explain the Impact of GTC Mandate” for additional comments from sellers about their reactions to the new policy, in their own words.

3 thoughts on “Results Are In: How eBay GTC Mandate Will Impact Sellers”