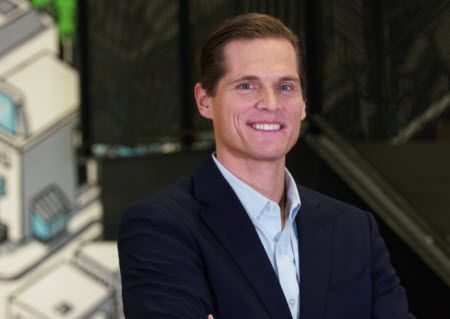 Dan Tarman left eBay days before Christmas, and after the Holmes Report reported his replacement last week, eBay made the news official: it’s hiring Steve Wymer to replace him. That leaves a 6-week gap in the role of Senior Vice President and Chief Communications Officer, as Wymer’s first day at eBay is slated for February 4.

On December 21st, we reported on gaps on eBay’s “our leaders” page; an eBay spokesperson had declined to comment on Tarman’s departure from the company.

Wymer will oversee company reputation, external and employee communications, and eBay’s global impact function. He will be a member of the executive leadership team reporting to Wenig. However, his pending start date indicates eBay will be reporting on its fourth-quarter and full-year earnings on January 29th without a chief communications officer, though it has staff handling investor relations.

Steve Wymer is joining eBay as senior vice president and chief communications officer. He will lead the global team responsible for communicating eBay’s company narrative and championing its corporate reputation through internal and external communications, and will be the board chair of eBay.org, formerly the eBay Foundation.

Wymer brings a tremendous amount of experience to eBay, having led communications and policy at Nextdoor.com, the world’s largest local social media platform, where he played a critical role building out the company’s brand messaging and external relations, as well as launching new markets in Europe and Australia. Prior to Nextdoor.com, Wymer spent five years at TiVo as head of global communications and public policy.

“Steve is an outstanding storyteller, communicator, and leader who understands the importance of open marketplaces and platform-based communities at scale,” said Devin Wenig, president and CEO of eBay Inc. “He has the right mix of business, technology and consumer experience combined with a seasoned approach to management.”

Previously, Steve served as a senior advisor in the U.S. Senate in Washington, D.C., leading communications for three U.S. senators. He is a graduate of the Edward R. Murrow College of Communications at Washington State University.

“I could not be more excited to join eBay, a purpose-driven company that delights buyers and enables sellers everywhere,” said Wymer. “I’m inspired by the countless examples of economic opportunity and empowerment eBay creates and excited about the possibilities ahead.”

Wymer is an avid eBay customer who is passionate about the brand. His favorite eBay find involves his beloved Ford Bronco.

“I love the joy of discovery and I’ve found some of the neatest things on eBay,” said Wymer. “In particular, my 40-year-old Ford Bronco is always in need of a spare part or two and the original inner door locking pins I recently bought couldn’t be located on any other automotive website.”

Wymer’s first day at eBay is February 4. Based in San Jose, he will be a member of the executive leadership team reporting to Wenig.