It’s no secret we’re big fans of the Kovels – their guides helped us immeasurably in our early days of online selling when we scoured yard sales and auctions for treasures, and we still consult the Kovels’ Antiques & Collectibles Price Guide for help with identification and pricing on our occasional jaunts.

But it’s not simply a reference guide for the collector or a textbook for the student of antiques – the Kovel’s price guide is pure entertainment to be enjoyed by anyone who has ever owned anything or knows someone who has.

Everything in the 2019 Price Guide is painstakingly researched and cataloged and then presented with thousands of color photographs along with tips and fun factoids.

That’s the magic of the Kovels!

Terry Kovel and her husband Ralph Kovel published their first book, Dictionary of Marks: Pottery & Porcelain, in 1953 and published the first Kovels’ Antiques & Collectibles Price Guide in 1968, and she hasn’t slowed down since. It’s hard to believe it’s been 10 years since Ralph passed away – he’s still missed by his many fans – and their daughter Kim is now a partner in the business, helping the company navigate changing times (“fewer bookstores and newspapers and greater use of technology,” Terry notes). 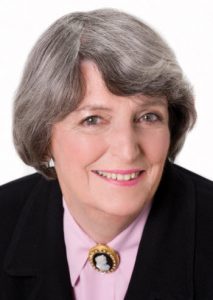 We asked Terry what’s different in the world of antiques and collectibles since eBay’s peak in the mid-2000s.

“eBay was the only place you could list a single collectible for sale and charges were low. They have gradually raised rates and had many more items are advertised and we are told only about a third sell. So you have to pay all the fees and be out money if it doesn’t sell.”

She said people are turning to resale shops and services that will sell everything in the house to sell everyday used things and the collectibles and antiques. “That is less money for the owner but a quick way to settle an estate,” she said.

“Most sellers on eBay try to sell something that they have in multiples like a single can label they bought in a pile of 100. Much of eBay is now new or used store stock. The good, rare antiques go to auction or antiques store dealers.”

She also noted that selling locally is sometimes the most profitable since shipping is costly if the seller is a long way from the buyer.

And of course, she said, what collectors buy today is different than 20 years ago.

“Brown” furniture is out, Terry told us. “A good period Chippendale drop front desk was a bargain at $1,000, and $3,000 at an antique show about 2000. It went down to $300 a few years ago but now it is getting a little more attention because the solid wood antique costs about the same as a plywood backed copy.” She noted she was quoting Midwest prices – the “edges” of the country are higher.

“Also,” she noted, “the “country look” is sneaking back but a little more formal. No more peeling white paint. Original finish and perfect condition is what is wanted and many will pay for it. They want the house to look modern and new. There were several years when the dealers did not even take Sheraton bedside tables or Chippendale chairs to the flea markets because they didn’t sell.”

– Little things like Hummel figurines or Royal Doulton character jugs or limited edition anything (“The companies over advertised the investment idea and made too many items for the collector to keep up.”)

– Pianos (“We suggest you give it away and take the tax deduction.”)

“Specialists with money still buy antique toys, artist signed art including pictures for the wall and sculpture,” she said. “There’s a big interest in fossils and rock crystals and jade. Of course no ivory allowed.”

– Popular brands of guitars sell for a lot – many are bought to play.

– Wooden bowls and sculptures and even furniture by artists like Nakashima, Ed Moulthrop , plastic furniture and other things by Pesce or other modern Italian makers,

See a trend here? It’s in the name, Terry said. “Things by a famous maker go up in price faster, is the thinking.”

– Antique advertising “art.” (“Things we picked up in the trash like old labeled crates or store ads when we started are now thousands of dollars,” Terry said.)

– Clothing by designers or owned by famous people is getting high priced.

– Garden anything is wanted: statues, benches, pieces of decorative ironwork to hang on the fence. Also doing well are her favorite garden gnomes that ten years ago were considered kitsch.

Terry Kovel reminds me of the character Bunny Watson in the movie Desk Set with her encyclopedic knowledge and facts and figures at her fingertips. But it’s not only what sells for what that’s interesting and useful for online sellers, it’s the why behind it that’s fascinating, and Terry’s grasp is unparalleled.

The body of work the Kovels have published, including the annual price guides from the last 51 years, is a gift to the field of anthropology, which is defined as “the study of human societies and cultures and their development.” After all, what we collect and why says a lot about us as human beings.

You can find the Kovels’ books, newsletters, and free resources on Kovels.com, where you can do some shopping for the collector in your life, including DVD collections of their award-winning TV show, “Flea Market Finds with the Kovels” – just in time for holiday giving.

One thought on “Collectors Corner: Terry Kovel on Antiques and Collectibles Trends”