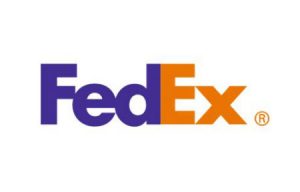 FedEx Ground will now deliver packages 6 days a week in the US on a permanent basis thanks to ecommerce and the “dramatic and consistent” rise in demand for the past 10 years.

FedEx is also gearing up for the upcoming holiday shopping season during which it will run 7-day operations. It is increasing hours for some existing employees and will hire about 55,000 workers for the busy season.

“FedEx has more than 425,000 dedicated team members who stand ready to deliver for customers throughout this expected record holiday season, and to continue to provide outstanding service year-round,” the company said in its announcement.

Since 2005, FedEx Ground has opened 15 new hubs, and in the past five years alone, FedEx Ground has added nearly 36 million square feet to its network, including the opening of nine new hubs and 58 automated stations. It has made investments in innovations such as automation, robotics and real-time route planning, sortation and delivery technology.

FedEx executive Raj Subramaniam said, “FedEx anticipated early on that the growth of e-commerce would significantly increase demand throughout our network, and we underwent a transformation by opening new facilities and investing in highly-advanced technology and innovations that have resulted in the most automated network in the industry, delivering the speed and reliability our customers value highly.”

“These significant facility and automation investments have been taking place for many years, but are now largely complete. This expanded capacity and increased efficiency will create margin and profitability benefits at the same time that FedEx Ground capital investment will be decreasing.”