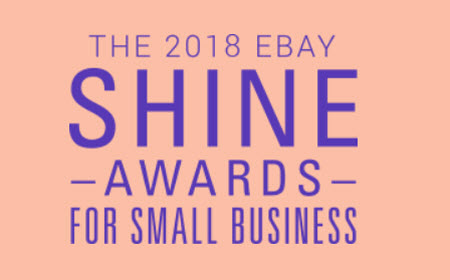 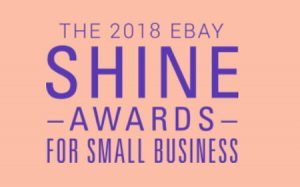 Thousands of sellers had submitted applications, and eBay selected 15 finalists in five categories in June. eBay explained it then turned to users for the final selection: “Our finalists relied on their friends, families, communities, and even eBay customers to spread the word about why they deserved to win. Their call was answered – in just a few short weeks, we received nearly 25,000 votes.”

Seller Cori O’Steen of UpakNShip won the 2018 Small Business of the Year Award, and she also won the EveryDay Hero award. eBay described her experience:

“Cori founded her business in 2003 as a single mother packing orders while her children played in her living room. She began selling clothing that her children had outgrown, but always had difficulty finding the proper packaging to ship the clothes in. After locating the appropriately sized poly mailers, Cori began selling shipping supplies on her eBay store. In 2012, Cori’s family proudly created their own Poly Pak Brand product line including the new Designer Mailers, a custom designed colorfully printed line of poly mailers in stock and ready to buy in the quantity you need. She is actively involved in her community and through eBay for Charity, donates a proceeds of her sales to help fund addiction recovery centers.”

You can read about the other four award winners on the eBay corporate blog.