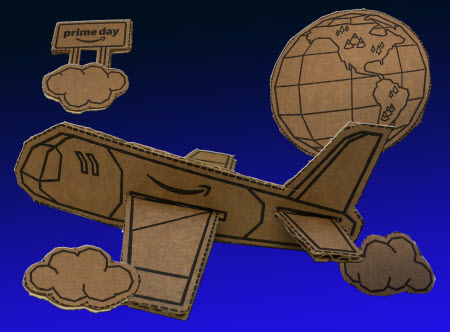 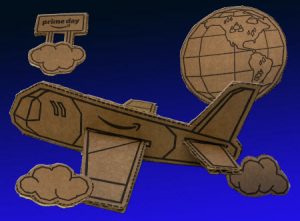 Amazon charges sellers $750 to run a Prime Day Lightning Deal, up from $500 last year, according to CNBC. “By charging more in fees, Amazon not only makes additional cash but also filters out sellers who aren’t confident that their products will be popular enough to justify the costs,” according to the publication. Amazon typically charges $150 per Lightning Deal on normal shopping days.

Keep in mind that sellers are already shrinking their margins by lowering prices enough to qualify for Amazon deals.

Amazon also encourages sellers to boost advertising on Prime Day, and one seller told CNBC that the marketplace is trying to figure out “how to double dip into our pockets.”

For Amazon, Prime Day is more than a boost in sales; as CNN noted, it uses the exposure to spotlight its own products and attract new members to its Prime membership program.

A study by the National Retail Federation (NRF) found that other retailers and marketplaces benefit from Prime Day, including eBay:

“This year NRF found that nearly eight out of 10 back-to-school and college shoppers are marking their calendars for July 16 to look for sales on everything from school supplies to electronics. But while many (60%) back-to-class shoppers will be browsing specifically on Amazon, they’ll also be hunting for other deals. Leading up to mid-July, retailers from eBay to Apple to Macy’s have been advertising their own “Black Friday in July” sales to appeal to these early-bird shoppers.

“And it’s working: A quarter of back-to-school and college shoppers plan to use Prime Day to shop online deals at other retailers, and nearly a third (31%) will be checking for in-store deals.”

The NRF also found there are regional differences in Prime Day shopping behavior:

“Where consumers plan to shop for deals over July 16 can vary depending on where in the United States they live. Retailers looking to target back-to-class shoppers in the South should know these consumers are the most likely to be looking for in-store deals compared with other regions, while those in the Northeast are the most likely to shop Prime Day specifically at Amazon.”

Meanwhile, Amazon used an interesting technique to generate excitement for its big July shopping event. In the period leading up to Prime Day, Amazon began sending shipping boxes to customers with designs they could cut out and play with (and, it hoped, share on social media using the hashtag #morethanabox). The accompanying graphic shows cutouts from one such box featuring an image of planet Earth, an Amazon plane (assembly required), clouds, and a sign that reads “Prime Day.”