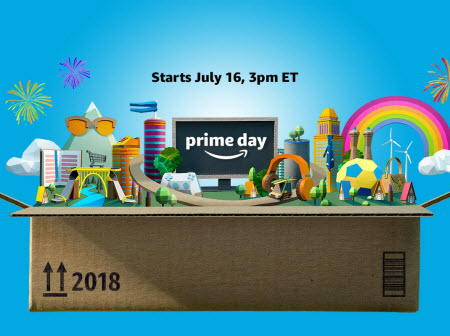 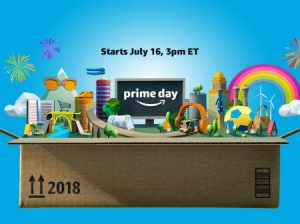 Amazon didn’t create the concept of “Christmas in July” or “back-to-school” sales, but its annual Prime Day shopping holiday has spawned annual “Black Friday in July” sales from rivals who feel compelled to follow its lead in setting the date of their own sales.

Walmart is attempting to take some of the spotlight away from Prime Day by offering some news of its own, focusing on the all-important back-to-school shopping. Among the initiatives, it launched a suite of new tools for parents, teachers and students including mobile apps. It’s also taking advantage of its unique assets – the pharmacies at its physical locations – by hosting its quarterly Walmart Wellness Days event July 21 so students can take advantage of low-cost immunizations and vision screenings.

Back-to-school shopping is also a natural tact for tech-focused Newegg to take. “Summer is quickly becoming one of the most popular times to shop for tech, especially as students gear up for the coming school year and embark on summer DIY projects,” its CEO Danny Lee said in its summer-sale announcement.

eBay is hampered by the fact it doesn’t own any inventory on its site, but it does have the eBay Deals platform where a group of pre-selected sellers submit pre-approved deals. As we noted, eBay took a jab at Amazon Prime Day again this year by running a sale that includes over 100 items on sale for $119 – the same price as the cost of Amazon Prime membership, and it released two ads that position itself as being competitive with Amazon on price.

Etsy doesn’t own any inventory either, but it built tools that allow its sellers to participate in sitewide sales. We’ve seen no mention of deals on Etsy that coincide with Prime Day, but it’s interesting to note that in referencing the recent “The World of Etsy Sales Event” held in March, Cnet called the Etsy sale “its own weeklong version of Amazon’s Prime Day.”