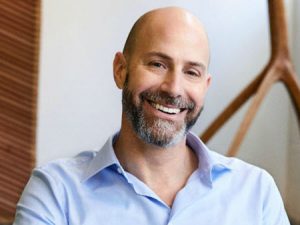 Etsy CEO Josh Silverman quoted Chief Justice Roberts dissent in today’s Supreme Court ruling on sales-tax collection requirements in South Dakota vs. Wayfair. Roberts had pointed to the burden micro sellers would face if they had to figure out the tax due on every sale.

Silverman said over three quarters of Etsy sellers are businesses of one, and like eBay, he called on Congress to act “to create a simple, fair federal solution for microbusinesses.”

You can read more about this morning’s Supreme Court ruling on the AuctionBytes Blog.

Today, the Supreme Court released its decision in South Dakota vs. Wayfair, overturning Quill, a decision that has kept states from taxing purchases made from online sellers that lack any physical presence in the state.

While today’s decision is not the one for which we advocated, the Supreme Court did acknowledge the important difference between big internet retailers and the creative entrepreneurs on our platform. Chief Justice John Roberts echoed our stance in his dissent, stating “The burden will fall disproportionately on small businesses. One vitalizing effect of the Internet has been connecting small, even ‘micro’ businesses to potential buyers across the Nation. People starting a business selling their embroidered pillowcases or carved decoys can offer their wares throughout the country—but probably not if they have to figure out the tax due on every sale.”

There are currently significant complexities in the thousands of state and local sales tax laws, including different minimum thresholds, tax holidays, and product tax category rules. By vacating Quill, we believe there is now a call to action for Congress to create a simple, fair federal solution for microbusinesses.

More than three quarters of Etsy sellers are businesses of one. They have very different needs and challenges than larger online retailers and we are encouraging them to sign a petition that tells policy makers to support microbusinesses like theirs. We will continue to stand with our community of two million sellers, urging Congress to thoughtfully consider today’s decision and act swiftly and in the best interest of the microbusinesses they represent.