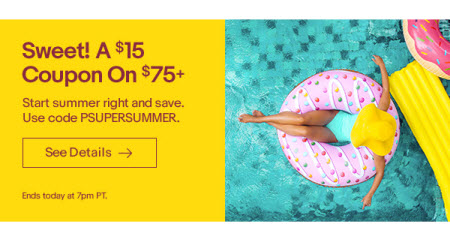 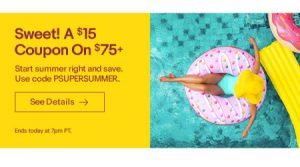 One EcommerceBytes reader said it wasn’t as exciting as a sitewide percent-off coupon – “I think eBay is trying to avoid “having” to do those as frequently to hit revenue/GMV targets,” he said, adding that he thought the chances are quite good eBay will run another one next week.

Some believe eBay ramps up the sitewide sales (which it subsidizes) at the end of the quarter to improve its sales numbers when reporting to Wall Street.

The reader also noticed that for this promotion, eBay added gaming consoles and laptops & netbooks to the excluded categories that typically include gift cards, coins, real estate, etc. (Read details of the coupon promotion carefully!)

You can find information about the promotion on the eBay website.

6 thoughts on “eBay Runs Another Sitewide Sale to Goose Sales”