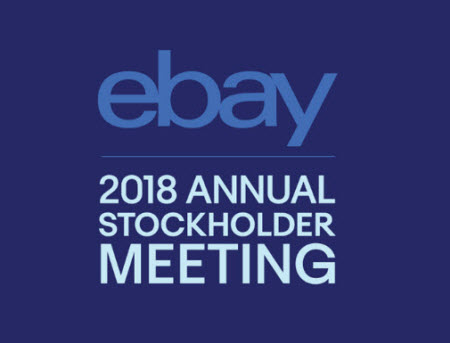 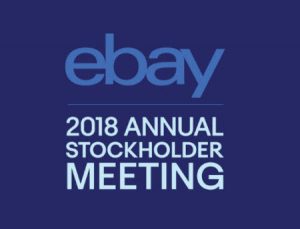 eBay CEO Devin Wenig answered shareholder questions after he gave a presentation following this morning’s annual meeting. eBay webcast the event, but the audio went dead for the last minutes of the broadcast during the entire Q&A portion.

During the official portion of today’s meeting, shareholders approved all four items of business dealing with the election of 13 directors, executive compensation, appointment of independent auditors, and “Ratification of Special Meeting Provisions.” You can read more about the issues on the eBay Investor Relations website.

Wenig then gave a presentation to shareholders with slides, starting off with his overall business strategy. Here’s a reading of the slides covering that topic:

Our Purpose: We empower people and create economic opportunity for all

He shared 2017 financial highlights, calling it a very good year for eBay, and then explained what’s on eBay’s agenda for this year, summarized in a slide:

In speaking about the role of technology and its impact on privacy, society, and jobs Wenig said, “we’re a humanist tech company.”

And in speaking about eBay going forward, eBay’s CEO had this to say:

“Finally what’s ahead: we’re leaning into innovation and emerging technology, you can expect to see significant additional product enhancements and innovation this year.

“It’s already been a very active year for us as we’ve announced some major new initiatives, like payments.

“We’re very focused on data-driven, immersive shopping. You’re going to see the next waves of product-based structured data-based shopping rolling out through our marketplace in 2018.

“And finally some big bets on personalization, significant investments in artificial intelligence.

“As a data company, for us that means building an eBay experience that is personal to each individual. The holy grail would be, could we have 170 million customers each who had a unique and personal eBay experience. That’s the promise that data and AI brings to us.”

Wenig then told shareholders that he believed eBay’s move into payments intermediation, announced in January, would significantly enhance the customer experience, for both buyers and sellers, “as well as be very financially rewarding for all of our stakeholders as we begin to take over more of the complete payment experience on the eBay marketplace.”

As soon as Wenig opened the floor to questions, the audio on the webcast went dead. We continued to listen until we heard music that signaled the end of the event. We reached out to Dan Tarman, Senior Vice President and Chief Communications Officer who was present at the meeting, via Twitter, asking him if eBay had deliberately blacked out audio of the Q&A session and, if not, where we could find a recording or transcript of the session.

The eBay Investor Relations website has a link to the broadcast, which is also missing the Q&A portion of the meeting. 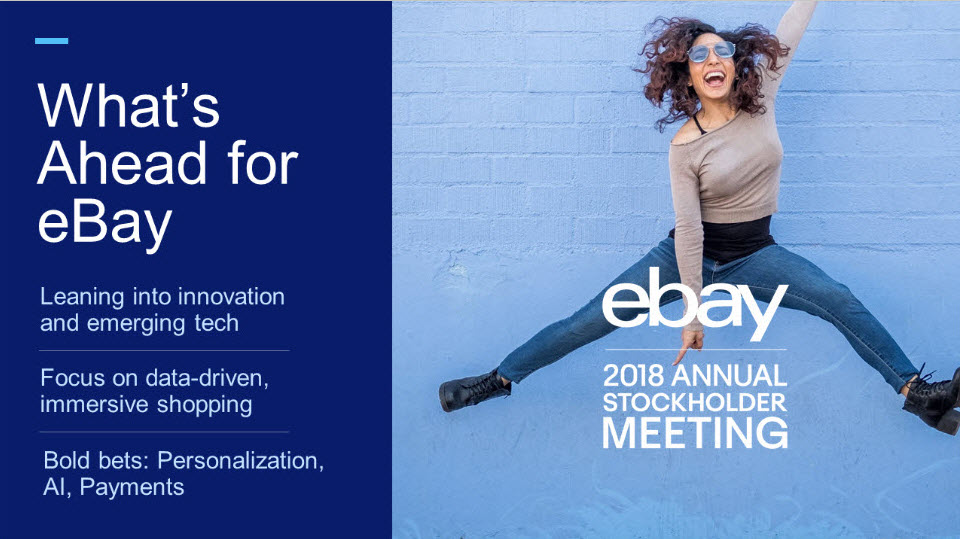