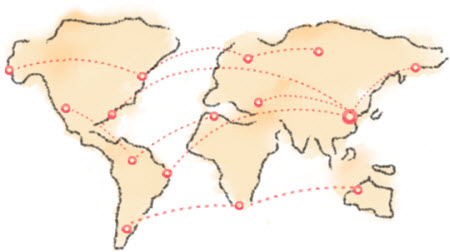 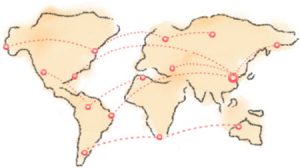 Alibaba founder Jack Ma, who became as celebrated in China as Microsoft founder Bill Gates became in the US, spoke out about the ramifications of a potential trade war. “As a businessman,” he wrote in a blog post on Wednesday, “I have been encouraged by the U.S. administration’s pro-business policies, like lowering corporate taxes. Now, like many in the business community, I am struggling to understand why a trade war with China would be good for the U.S. economy.”

Smaller sellers have been able to use Alibaba’s marketplace to source products to sell domestically, although now Chinese manufacturers and businesses are selling directly to US consumers with help from eBay, the US postal service, and others.

Ma makes a compelling point about the timing of the US decision to get tough on trade when he wrote the following:

“With average urban income growing at almost double digits and an emerging middle class of 300 million, Chinese consumers are already driving massive demand for imports from all over the world. Last year, President Xi Jinping said at the World Economic Forum that over the coming five years, China will import $8 trillion of goods.

“It is therefore ironic that the U.S. administration is waging a trade war at a time when the largest potential consumer market in the world is open for business.”

May said if Alibaba encounters trade barriers, it will have to work harder. “Through our digital-commerce platforms, where more than 500 million Chinese consumers shop, Alibaba will continue to help American small businesses and farmers access the China market.”